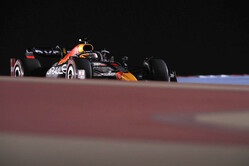 Red Bull driver Max Verstappen was quickest in free practice today, going fastest in FP2 on the P Zero Red soft C3 tyre with a time of 1m31.936s, ahead of both Ferraris. The AlphaTauri of Pierre Gasly topped the time sheets in FP1 on the same compound.

The FP2 session, which in Bahrain is usually most representative of qualifying and the race, got underway at 6pm today but temperatures were cooler than those usually seen in Bahrain (at 18 degrees centigrade ambient and 22 degrees on track) with the race expected to take place in warmer conditions. The drivers used mainly the hard compound during FP1, while in FP2 they focussed on the medium and soft; considering them as probably the best options for the race.

The tyres showed good levels of degradation that were lower than expected, and no graining in the relatively cool conditions of FP2 in the evening.

Mario Isola: "Conditions in the key FP2 session were quite cool, while the race will probably take place in warmer temperatures. The performance gaps between the compounds are definitely bigger than the targets agreed and it will be interesting to see what effect this has on strategy, when it comes to deciding whether to use the soft or the medium tyre to start the race. We saw no graining in the cool conditions of FP2, despite the abrasive surface in Bahrain. Although they had a brand new package, the teams carried out their usual run plans this evening, with performance runs at the beginning of FP2 before concentrating on long runs in the final part. The FP2 lap times so far look impressive, with the cars only around 1.2 seconds off the equivalent times from the same session last season – when they had a compound that was one step softer than this year."