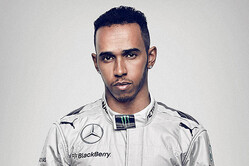 Round Nine of the 2014 Formula One World Championship brings us to Silverstone for the British Grand Prix, held at the Silverstone Circuit.

Lewis Hamilton: It was great to get another one-two finish for the team in Austria and I'm so proud of all the hard work everyone is putting in to keep us at the front this season. Of course, it wasn't the result I wanted personally and it was disappointing not to be able to capitalise on my pace when it was clearly there. But in the end, coming back to second place was positive in terms of damage limitation. Silverstone is obviously a special race for me and the support I have there is just incredible. The British fans are the absolute best in the world and it's really humbling to see thousands of people out there cheering you on - no matter what the weather or the result. I won the race in the wet in 2008, which was just the best feeling. I think the gap was around 60 seconds at the end, and I'd lapped everyone up to third place which was just unreal. I could never have hoped or dreamed for a race like that - especially at my home Grand Prix. That has to be one of the best moments of my career. I loved raising that gold trophy in front of the home crowds and I'm determined to get my hands on it again this year. 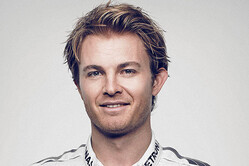 Nico Rosberg: The last race weekend in Austria was not an easy one for us overall, so I was delighted to come away with the win and even more so for the team to have both cars at the front when we crossed the line. The atmosphere at the circuit was really great and, being so close to Germany, it almost felt like a home race for me. Silverstone is another special one for me, as I managed to win there last season. It was actually very close to my birthday and I had a really cool experience after the race. There's usually a fan festival with rock bands and all sorts after the track action finishes, which is something I go to almost every year. This time, I was up on stage doing a quick interview and the whole crowd started singing Happy Birthday to me, which was very cool! The British fans are absolutely fantastic. So I enjoy going to Silverstone personally, but really this one is all about the team. For the hundreds of people at Brackley and Brixworth it's a home race and many of them will be there with their families and friends across the weekend. I want to put on a good show and get the best result possible out of it for them after all their hard work this season.

Toto Wolff, Head of Mercedes-Benz Motorsport: We were delighted to get another top result in Austria. Our weekend in Spielberg was one of the toughest so far this season, with a qualifying performance which did not match our expectations. To bounce back with another one-two finish was highly satisfying - particularly as our rivals pushed us harder than ever throughout the race. This demonstrates once again how crucial it is to remain 100% focused on the task at hand. We can afford no mistakes if we are to achieve our goals, as there will always be someone waiting to punish those mistakes. We now head to Silverstone - one of the highlights of the year for the team. For the hundreds of people at Brackley and Brixworth it provides an opportunity to see the results of hard work in action on the track. Our drivers are both particularly strong at this circuit and we can expect another tightly contested battle between the two of them. Equally, many of our rivals see this as their home race and will be highly motivated to gain an advantage. There are certain teams in particular who have a record of success here, so we are taking nothing for granted. It is up to us to ensure that our motivation is the highest of all as we look to put on a show for the incredible Silverstone crowds.

Paddy Lowe, Executive Director (Technical): It was a great result for the team to get another one-two finish in Austria - even more so considering our below-par grid positions. For Lewis in particular, to come through from ninth place and be fighting at the front was an impressive performance, while it was also immensely satisfying to see seven of the top ten cars powered by Mercedes-Benz. While it was a less than straightforward weekend for us, the event itself was fantastic. We very much enjoyed returning to Austria and will look forward to going back there again in the coming years. For now, though, we look ahead to Silverstone and a different challenge to anything we've seen so far this year. It's a very fast circuit layout which tests aerodynamic performance to the very limit. We demonstrated our competitiveness there last year with victory for Nico and equally with pole position for Lewis - who was extremely unfortunate not to achieve the result he deserved with his tyre failure in the race. We're very much hoping that our strong form will continue and are looking forward to seeing another tightly contested battle between our two drivers. The circuit is a matter of miles from our factories at Brackley and Brixworth, so we're determined to put on a great show for everyone in the team as well as the fantastic British fans.

Lewis: Silverstone is a track that really suits my style. It's a seriously fast circuit and making sure you have a stable car through the high-speed corners is crucial. You're almost flat-out through the left-handed Turn One, then switching direction into Turn Two and back once again for the tight hairpin of Turn Three. You're hard on the brakes into here but it's important to maintain speed through the corner and to quickly get back over to the right side of the track for Turn Four. This leads you out through Turn Five and down the first DRS straight of the lap.

You're then into to the old part of the circuit, starting with Brooklands (Turn Six) and then Luffield (Turn Seven). Luffield is quite a long corner that just seems to roll on and on, but the best feature is that you can see all the fans in the stands on the outside of the corner which is fantastic. Next, you're heading down the original pit straight and into Copse (Turn Nine) which is one of the coolest corners around the track. It's a quick downshift then back on the power, using all the available space on exit for maximum speed.

The Maggotts / Becketts sequence (Turns 10 - 12) is next, which is just so fast. You need so much downforce and grip from the car to be quick through here. A good exit from Chapel (Turn 13) THEN sets you up for the second DRS zone down the Hangar straight and into Stowe corner (Turn 15). It's quite bumpy, but you can carry a lot of speed through here - using every bit of room on exit once again.

Finally, you're hard on the brakes into the Vale / Club complex (Turns 16 - 18) which is quite slippery, with low grip compared to other sections of the track. It's hard on the power across the line once again, and that's a lap!

Nico: Silverstone is such a fantastic circuit. It's seriously quick and watching from the outside you can really see what makes Formula One cars so special in terms of the speed, the downforce and everything else. This year, with the new Turbocharged V6 Hybrid engines, we'll be arriving into the fast corners at higher speeds, which is even more exciting. For the fans too, there will be more sideways action thanks to the reduced downforce in the cars. It should be pretty spectacular as you see the drivers really show off their car control.

For me, Copse (Turn Nine) is one of the toughest corners and of course Stowe (Turn 15) which comes after the Hangar straight. Both are pretty good overtaking opportunities, especially with the DRS zones, so that makes them even more of a highlight around the lap. There aren't many heavy braking zones, so it's all about maintaining momentum through the medium and high-speed corners.

It's a circuit that we drivers know well, as it's been on the Formula One calendar pretty much every year in the history of the sport and also features in many of the junior racing categories. The thing about Silverstone, though, is it can be very unpredictable - no matter how many times you may have raced there. The weather is always changing, with wet conditions usually affecting at least one of the sessions. The wind, too, is a big factor. It can be really strong and can change direction during the weekend, so it can have a significant effect through the high-speed sections and you have to adjust your braking points for the slower corners too. It's a great challenge and one I'm really looking forward to tackling in this car.