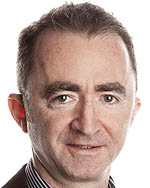 McLaren technical director Paddy Lowe doesn't believe Red Bull's advantage in recent races has been solely the result of exhaust upgrades, despite claims from some sectors that its exhaust development has handed it a sizeable advantage. The Milton Keynes squad has won the last four Grands Prix as its marched towards what looks like a third consecutive constructors' title.

Heading into the mid-season break it was McLaren which had the momentum, the team having lost that advantage since the Belgian Grand Prix. Technical Director Lowe however doesn't agree that Red Bull's exhaust is its trump card.

"I wouldn't single that out as having been all down to exhaust," Lowe said of Red Bull's recent advantage, "and to the extent it would have been down to exhaust I would consider that fair game."

Exhaust design was the topic of considerable discussion during 2011 when teams used them to create additional downforce by blowing the exhaust gasses under the car's floor. Regulation changes were implemented in an attempt to stop the cul-de-sac development ahead of the 2012 season.

"I think the use of exhausts had got somewhat out of control last year," Lowe admitted. "We had an engine mode ultimately in 2011 which we christened the flame thrower. I think that gives you a picture for where engine mapping had gone."

However, while the regulations tightened up areas of development teams have continued working on exhaust design. "We've all been doing it," Lowe confessed. "All the leading teams are working in that area as they work in all areas of the car. To me that's part of the sport, that's part of the competition and that's fair game.

"McLaren lead the way in that," he added. "We're proud of what we've done.

"Does it cost money? Well, of course it costs money but we'd only spend the money on developing some other bit of car instead. There's no particular cost around exhaust development that is inherently more costly than any other piece of bodywork so I don't feel that the current situation is wrong in that respect.

"We can get more performance out of (exhaust design)," he continued, "but not in a way that anyone could say was bad, in my view, any more than anyone could say it's bad to generate downforce from a front wing."

While Lowe doesn't believe there is anything wrong with developing exhausts he did confess the subject had been discussed by the technical working group with a view to further tightening regulations for 2013. "All the teams agreed that it wasn't necessary or appropriate to keep stability for another year with sight of 2014 when it will all change again anyway," he explained. "One of the big drivers of cost is change itself so if we were to change the rule this winter again it would only cause teams to incur further costs to work around or work with whatever's been redefined."

"For 2014 there is a completely new set of regulations around the exhaust location," he confirmed. "They will be generally probably one pipe with a waste-gate and that has to be central to the car and exiting just forward of the rear axle. So in that context the systems that we're using now will be eliminated completely."