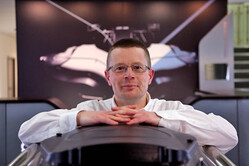 Working with clinicians at University College London, Mercedes-AMG High Performance Powertrains has helped developed a device which delivers oxygen to patients lungs without the need for a ventilator.

The device, known as CPAP (Continuous Positive Airway Pressure), directs a constant, steady flow of oxygen into the patient's mouth and nose, which means the lungs can remain open and thereby increase the amount of oxygen entering.

This lessens the effort required to breathe in, particularly in cases where the air sacs in the lung (alveoli) have collapsed due to the virus.

The CPAP, which has been approved for use by the Medicines and Healthcare products Regulatory Agency (MHRA), which delivers oxygen and air under pressure, and requires a mask sealed over a patient's mouth and nose, is preferable to ventilators which require the patient to be heavily sedated and have a tube inserted into their airway.

While the devices are already in use, they are in short supply, however 40 of the devices have been delivered to UCHL and a number of other London hospitals and if initial trials go well it is understood that 1,000 of the devices could be produced each day.

"The Formula One community has shown an impressive response to the call for support," said Andy Cowell, Managing Director of Mercedes-AMG HPP, according to the BBC, "we have been proud to put our resources at the service of UCL to deliver the CPAP project to the highest standards and in the fastest possible timeframe."

"These devices are a halfway house between a simple oxygen mask and invasive mechanical ventilation which requires patients to be sedated," added UCLH critical care consultant Professor Mervyn Singer. "They will help to save lives by ensuring that ventilators, a limited resource, are used only for the most severely ill."

"Normally medical device development would take years," admitted Professor Rebecca Shipley, Director of UCL Institute of Healthcare Engineering, "but we've done that in days because we went back to a simple existing device and 'reverse engineered' it in order to be able to produce them quickly and at scale."

Reverse engineering means taking part an existing product, in this case the CPAP device, and improving the design and adapting it for mass production.