Massa announces his retirement from F1 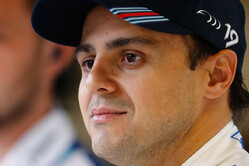 Felipe Massa has announced that he will retire at the end of the current season.

The Brazilian, who retired last season but was encouraged back to the grid after Valtteri Bottas joined Mercedes, had previously said he wanted to know Williams plans for 2018 before this year’s race in Brazil.

While there is no official word from the Grove outfit, it is clear that Massa know he will not be wanted in 2018 even though Paddy Lower had insisted he was still in the frame.

The two drivers currently under consideration for the seat alongside Lance Stroll are Robert Kubica and Paul di Resta, while some believe Daniil Kvyat could be in with a shout, though this mainly comes from the Russian (owned) media.

Massa has previously talked of Formula E though Sports Cars and even IndyCar may beckon.