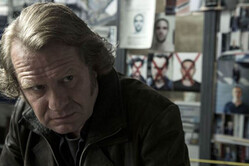 As the 2016 championship draws to a close, the Pitpass team gets the band back together to review the final race of the season.

It's been a few weeks since the guys last caught up, but they get straight back in the groove as they discuss the merits of Max Verstappen, and try to quantify just how good he really is. The general consensus is varying degrees of 'bloody good', which in turn poses a raft of new questions, such as what does it mean for Daniel Ricciardo's career, and Lewis Hamilton's ego.

If Verstappen's career has Chris Balfe, Max Noble and Mat Coch salivating in anticipation, the retirement of two of the sport's most popular drivers has them reminiscing and somewhat misty-eyed. After more than 300 grands prix there will be no Jenson Button on the grid in 2017, nor Felipe Massa - two drivers who enjoyed successful careers in a sport which has been so brutal to so many.

Of course there's no escaping discussing Hamilton's performance in Abu Dhabi. Did he overstep the mark, play to the letter of the law or bring the sport into some sort of disrepute. The team's opinion is unanimous, while Noble, who once again dons his Mercedes team boss cap, suggests a quiet word in the new year is all that is really necessary to calm things inside the team. Of course if that doesn't work there are a range of other options.

The crux of the discussion is not however over whether what Hamilton did was fair and just, because there's no doubting it was, but whether it was moral. Indeed it all gets rather philosophical as the team compares the three-time world champion with the man he bested to claim his first crown.

Also discussed are Ferrari's last hurrah, courtesy of Seb's drive to third, and why Force India's Bob Fernley is moonlighting as a renegade cop in the superb French TV drama Braquo.

With the season-wrap to follow, the guys for once manage to stay (more or less) on topic in their analysis of events in what was a dramatic, enthralling, nail-biting race.