A question of image(s) 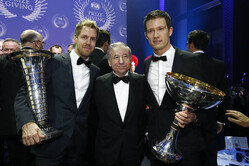 Not for the first time, Pitpass finds itself at the centre of a vexatious action over images which it is wrongly accused of using without permission and thereby facing a hefty fine for "compensation".

Regular readers may recall that in late 2019, Pitpass was contacted by a company called Image Rights claiming that we had illegally downloaded a number of images.

In total we were accused of illegally downloading no less than 73 images for which compensation of £3,650 was required in order to "resolve" the matter.

Image Rights was acting on behalf of Motorsport Images, a branch of the increasingly powerful Motorsport Network, which is headed by Mike Zoi.

Confident that we hadn't illegally downloaded any of the images we began our research in to the matter.

The full story can be found here, but in short the images in question - other than a number that had been paid for, and for which proof was provided - were all from team media sites to which we had been granted access.

From the outset we were confident of our innocence and at every turn was able to provide the necessary information but Image Rights continued to prevaricate until just under two month later the company's President & CEO, Joe Naylor, wrote to us to say: "Motorsport Images has been informed of your emails and is currently looking into the matter together with ImageRights. We will contact you shortly to resolve this matter."

We never heard another thing.

Sadly, our Easter weekend was marred by yet another email claiming that "Pitpass is obviously using an image without permission".

This time the company involved is Copytrack and is based in Berlin. In this particular case Copytrack is acting on behalf of WENN Rights International Ltd.

As was the case with Image Rights, we have opted to publish details of the case on the site, not only for reasons of transparency but to assist other websites which may find themselves facing similar accusations.

The image in question is featured in our gallery from the 2013 FIA Awards Prize-Giving Gala and features then president Jean Todt with F1 World Champion Sebastian Vettel and WRC winner Sebastien Ogier. In a gallery of 42 images it is the only picture that we are accused of "using without permission".

The Prize-Giving Gala was reported on the official FIA website and at the end of the article editors are advised that "Imagery can be downloaded from: www.flickr.com//fia-official"

On visiting the link given by the FIA, the sport's governing body, having gone back 46 pages to the 2013 Prize-Giving Gala, the image in question is still there and can be downloaded - indeed we downloaded another copy for this article.

In other words, as was the case with the vexatious claim by Image Rights, Copytrack is threatening and accusing publishers of using images without permission, and demanding compensation, for images provided expressly for the media to use, in this case by the FIA.

As was the case with Image Rights, whoever is behind the claim must know that they were working on behalf of a customer, be it a team or the FIA, who was free to do as they wished with the images, including providing them for editorial use to publishers, yet is seeking further remuneration and at the same time looking to compromise the reputations of said publishers by accusing them of illegality.

"We accept PayPal, credit card and bank transfer," writes Copytrack CEO, Marcus Schmitt in his email. "We calculate these fees based on our client's license history, as well as the duration of use and type of copyright infringement. Failure to provide a proof or pay for a valid license may result in your case being referred to our partner attorney and significantly higher additional fees.

"To avoid further action, including legal action, provide proof of a valid license by April 25, 2022, or acquire it by making payment in our online portal."

Will Mr Schmitt be contacting the FIA to advise that it is encouraging the media to use images for which they will be subsequently told they don't actually have permission and must therefore pay up accordingly, or should we do it?