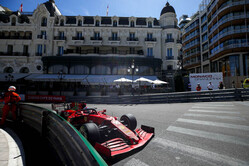 F1 boss, Stefano Domenicali has revealed that the Monaco Grand Prix weekend will adopt the 'traditional' 3-day weekend format from next season.

The weekend has usually been spread over four days, with the opening practice sessions taking place on Thursday, while Friday is given over to the support series, thereby allowing the F1 teams a 'day off' before resuming on Saturday.

Ahead of the official issuing of the proposed 2022 schedule, Domenicali has revealed that as from next year the Monaco weekend will fall in line with all the other events in adopting a three-day format.

"That is the change we're going to introduce next year," he added.

Once again the sport is targeting 23 races, though this remains subject to change due to the continued uncertainty over the pandemic.

"The plan is that we're going to have 23 races," said Domenicali. "We're going to announce the calendar at the World Council, on the 15 October. The idea is to finish earlier than what we finished this year."

The 23-date schedule is set to include a number of Sprint weekends following the three being trialled this year, though it unclear how many there will be or where they will take place.

"It's a plus because first of all, we are giving to the people something new every day, to the media, to the people who are coming to the track," he said of the Sprints. "To the interest and the preparation for the teams, from our perspective, the more unpredictable are the races, the better they are."