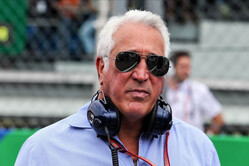 Speaking ahead of the announcement of his team's title sponsor, Cognizant, Stroll said the decision has already been taken, and while the season will now get underway in Bahrain it is hoped that the Australian Grand Prix can take place later in the year.

"Melbourne has been, it's not officially announced but it will be, not cancelled but postponed," said the Canadian. "We will go there sometime in the fall and the first race will be Bahrain."

Confirming that pre-season testing will also take place in Bahrain, but unable to confirm the date, Stroll admitted that the uncertainty over the pandemic will continue to affect the sport.

"I do believe we're in for a difficult two or three months," he admitted. "There is a light at the end of the tunnel with the vaccine but I think the first few races will be slightly challenging.

"But Formula One management and the FIA, I really take my hat off to them to deliver 17 races as we did last year in 23 weeks, without really any major hiccups, in a very impressive manner.

"I think the worst is behind us and we've learnt through last year how to proceed with this year."

Stroll, his son Lance and teammate, Sergio Perez all tested positive for the virus last year.

As previously reported, Pitpass has been told that the first details of the revised calendar are expected in the coming days with a race at Portimao or Imola set to follow the new season opener in Bahrain.