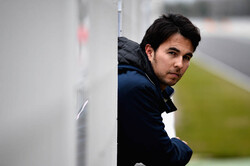 Lewis Hamilton and Valtteri Bottas say that Red Bull's recruitment of Sergio Perez will make the Austrian team a bigger threat next season.

After its own Speedweek revealed on Thursday that Sergio Perez was to partner Max Verstappen in 2021, it was only a matter of time before Red Bull's F1 team confirmed the news.

Whether it was Mercedes 11:00 am press release announcing that INEOS had bought a one-third stake in Mercedes or simply the fact that Mexico City is 6 hours behind, either way the Austrian team kept everyone on the edge of their seats until 14:00, and even then only in the briefest of releases.

Indeed, it's understood that even Alex Albon only learned of the team's decision a couple of hours beforehand.

The Austrian outfit has selected a driver outside its own 'talent pool' in a bid to not only assist Verstappen in his battle with the Mercedes pair but to grab more points in the all-important, prize money deciding, constructor standings, tasks on which Albon could not be relied upon to fulfil on a regular basis.

Among the first to appreciate Red Bull's move was the Mercedes pair of Lewis Hamilton and Valtteri Bottas who are expecting a tougher battle next season following the arrival of Perez.

"With all due respect to Alex, in the races that we've had, it's been me and Valtteri against Max," said Hamilton ahead of last night's FIA prize-giving.

"Now I've been in the position that Max is in, where once, particularly when I was at McLaren, where I was the lead car, and then the second car wasn't in the fight," he added, a reference to 2008 when he was partnered by Heikki Kovalainen. "So when we were fighting against Ferrari, they could really move around with the strategy, and make it a lot harder for us.

"So I think naturally, this makes Red Bull stronger," he admitted, "particularly with the way Sergio is performing. I think he has driven incredibly well this year, and truly deserved a drive. So I was so happy to hear that he's been taken on by one of the top teams, and given this opportunity.

"I think it's going to be an exciting battle to watch him up against Max. And that's going to make it much harder for us as a team. We're going to have to really step up our game, because that's going to be a battle we've not seen for some time, in terms of having the two drivers there, fighting against us.

"But we relish that as a team, that's what we work towards. We love the challenge, and it's going to make it that much more exciting."

"Definitely really happy for Sergio," added Bottas, "I think he deserves a seat it in F1, and now he's in one of the top teams. So that's good news.

"I have a feeling the competition with Red Bull will be maybe a bit tougher, but it's only speculating at this point. So I guess we'll see as we go for next year. But yeah, it should be interesting."

"It's always a bit difficult to fight," said Verstappen, "and I just hope Checo will be the one, first of all, to push the whole team forward but also keep me on my toes, which is always nice... to have a team mate pushing you is exciting."