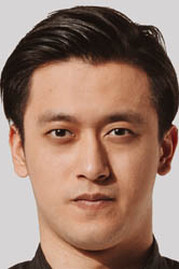 Shanghai-born Guanyu started his racing career as an eight-year-old karter in China. Aged 12, and having exhausted the national competition, he left China for Sheffield in the UK, to compete for Strawberry Racing, where he won both the Super 1 National Rotax Max Junior Championship and Rotax Max Euro Challenge.

In 2013 he won the European Junior Rotax and ABKC S1 Rotax Junior Series before finishing his karting career in 2014, finishing second in the Rotax Euro Challenge and Rotax Max Wintercup.

Mid-2014, aged 15, Guanyu joined the Ferrari Driver Academy after being spotted by the Italian team.

The following year he relocated to Italy to race for Prema Powerteam, contesting the Italian Formula 4 Championship and finishing his first season as Vice-Champion and Best Rookie.

In his first season in single-seater racing, Guanyu finished second in the Italian Formula 4 Championship. It was a solid year for the youngster who impressed throughout, including a memorable hat-trick of wins at Monza. He added a further six podiums on his way to claiming runners-up spot in the championship.

After finishing runner-up in Italian Formula 4 in 2015, Guanyu took on his first of three seasons in the FIA Formula 3 European Championship. He impressed from the start, recording his first podium finish at the opening round at Paul Ricard, backing that up at the next round in Hungary with a third place in race two.

Guanyu continued to pick-up strong points, finishing the season on 103 points narrowly outside the top ten in the championship. Ahead of the main season, Guanyu competed in the Toyota Racing Series in New Zealand, ending the fifteen-race campaign in sixth after four podium visits.

Guanyu ended his second season in the FIA Formula 3 European Championship in eighth place after recording five podiums across the season. His first came at Hungary with a third place and his second, another third position, at the following round at the Norisring. He again ended third in Spa, before two third places in a row at Hockenheim at the final weekend of the campaign.

The season began well in Pau, winning the first race of the year, and it also ended strongly with a second victory at the finale in Hockenheim. His standout weekend came at Zandvoort, round four, when he claimed two second places and a third across the three races.

At the end of 2018 Guanyu left the Ferrari Driver Academy and was awarded the role of development driver for the Renault Formula One Team as part of their Renault Sport Academy driver program, subsequently the Alpine Academy.

2019 also saw Guanyu make his Formula 2 championship debut and a welcome return to the UK with UNI-Virtuosi Racing, where he finished 7th in his first season, taking the Anthoine Hubert Award for the Highest-Finishing Rookie.

Guanyu entered his third F2 season staying with UNI-Virtuosi, taking pole position in the opening round at Bahrain and converting this to his first feature race win in F2. The youngster took another victory in the first sprint race in Monaco, however, after another podium in Baku, he went four races without scoring points, with a brake failure and a collision with Dan Ticktum in the first lap of the second race in Azerbaijan and a spin in the first sprint race at Silverstone.

Guanyu broke his duck by taking his third victory of the season in the feature race in Britain. At the following round in Monza he was able to end up on the podium twice.

At Jeddah, he dropped to third in the standings after a spin caused by colliding with Christian Lundgaard in the first sprint race. He bounced back in the final round at Abu Dhabi, signing off his F2 career by winning the second sprint race and finishing second in the feature race. He finished the season third in the championship, having achieved 4 wins, 1 pole and 9 podiums.

In the days leading up to the Qatar Grand Prix, Guanyu was announced as Valtteri Bottas' teammate at Alfa Romeo for 2022, making him the first Chinese driver to line up on the F1 grid. Earlier in the year, the youngster had driven in the Friday morning practice session ahead of the Austrian Grand Prix, at the wheel of the Alpine.

"I dreamt from a young age of climbing as high as I can in a sport that I am passionate about and now the dream has come true," said Guanyu on joining Alfa Romeo. "It is a privilege for me to start my Formula 1 racing career with an iconic team, a team that has introduced so much young talent into Formula 1 in the past.

"Now the dream is reality. I feel well prepared for the immense challenge of Formula 1, the pinnacle of my sport, alongside a proven, world-class talent in Valtteri Bottas.

"Next year the target will be to learn as much as possible and as quickly as possible. To be the first ever Chinese driver in Formula 1 is a breakthrough for Chinese motorsport history. I know a lot of hopes will be resting on me and, as ever, I will take this as motivation to become better and achieve more."