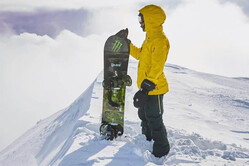 Illness meant that four-time world champion Lewis Hamilton was a late no-show for an event in Switzerland to celebrate the 150th anniversary of the founding of IWC, the watch company that sponsors his Mercedes F1 team.

A team spokesman subsequently confirmed that Hamilton had informed the team he was feeling unwell and unable to travel to the event which would have been his first official engagement of the new year.

However, the Briton was well enough to make a welcome return to social media following the furore after Christmas which saw him delete all previous posts from all his various social media accounts.

The furore related to the world champion's 'trial by keyboard warrior' that followed a post to his Instagram account in which he jokingly derided a young nephew for wearing a dress. In the face of outraged fury that followed, with the likes of (51 year old) Boy George joining in, Hamilton apologised for his comments to his nephew before subsequently wiping all previous content.

Yesterday, he finally returned to Instagram to proclaim: “2018. A chance to revisit every goal, every challenge, every dream. A chance to be driven, hard-working, positive, and everything you want to be, all over again.

“I will never stop," he told his millions of followers, "I have no finish line. Join me this year in reaching beyond your wildest dreams.”

He accompanied the text with a picture of him atop a snowy mountain peak with his snowboard.