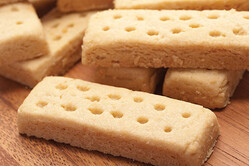 It's all tea and biscuits in the studio for the Pitpass podcast following the Singapore Grand Prix, an event that saw Nico Rosberg and Daniel Ricciardo's grandstand finish overshadowed by a lizard and a moustache.

Editor Chris Balfe is once again joined by Mat Coch and Max Noble, the three probing and prodding all the fleshy bits from the Singapore weekend.

Of course, there's talk of Nico and Daniel's dash for cash at the end of the race, and a discussion on Balfe's innovative biscuit-based race-rating system - this year's Marina Bay encounter netting a full eight-finger rating, though we've no idea if that's good, bad or whether Chris just got greedy.

Never one to shy away from the big issues, the team tackles the difficult subject of people on race tracks, though at Singapore that doesn't seem a particular challenge given a lizard a drunk and a marshal have all enjoyed their own unique views of the event in recent times.

There is however, a serious side to their debate given there were severe safety problems over the weekend, some emanating from race control but others from the drivers themselves as they chose to believe the yellow flags the marshals were waving were merely their nostalgic support for the Jordan Grand Prix team. All of which causes Coch to lose his rag and brand the lot of them amateurs – clearly he wasn't a Jordan fan.

Ferrari and McLaren get a mention, as does Williams though Valtteri Bottas is politely asked to ensure his seatbelt is securely fastened throughout the duration of the show.

It was a bumpy weekend for Haas too, with Romain Grosjean's moaning almost reaching Lewis Hamilton - who has been on the back foot all season, even while winning six races in seven - proportions.

However there was one topic from which there was no escaping, and one which Nigel Mansell will perhaps be glad finally raised its head. For the first time in decades, and with apologies to Dieter Zetsche who was an obvious contender, the 'Best Moustache in Formula One Award' has left his mantelpiece and has been whisked across to the office of Chase Carey with minimal fanfare.

Carey was, of course, on a meet and greet mission and shook hands and had conversations all weekend long. So too did Bernie, and one suspects that this may be the first glimpse of Liberty Media's new commercial strategy for the sport; the ultimate in reality TV shows as it follows the sports powerbrokers to decide who has the best handshake and small talk.

Exactly what Liberty's involvement and plans for the sport remain unclear of course, and that's the way Bernie tends to try and keep things wherever possible, but Balfe, in particular, isn't sold on the idea. It's probably because he hasn't got any shares… or biscuits.