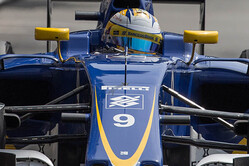 The Sauber F1 Team ended the Canadian Grand Prix in Montreal in P15 (Marcus Ericsson) and P18 (Felipe Nasr). Ericsson and Nasr started from P21 and P18, however, the race for the Brazilian was already compromised on the first lap after a collision with a Renault. The floor of Nasr's Sauber C35-Ferrari was damaged. Now the Swiss Team travels to Baku, the capital of Azerbaijan, where the European Grand Prix will take place next weekend.

Marcus Ericsson: "For me it was a good race from the start to the finish. I think the first stint on ultrasoft tyres was not ideal, as I struggled a lot with the grip. Our initial plan was a one stop strategy, but we then had to revert to a two stopper. Once we got onto the soft tyres for the next two stints of the race, I had a good run and was able to pass Kevin (Magnussen) and Pascal (Wehrlein). Overall a good effort, as we also came close to Haas."

Felipe Nasr: "It was a disappointing race for me. My race start was ok, but then suddenly in Turn 3 I was hit from behind. It was very unfortunate and an unnecessary move. This compromised my race from there on. I tried my best to recover, and in the end I was able to put in decent lap times on the soft tyres. That's how racing goes sometimes, but now I look forward to Baku. I am always up for new challenges."

Monisha Kaltenborn, Team Principal: "Starting from these positions is always difficult. Therefore, it was even more important for the team and the drivers to stay focused without making any mistakes. Marcus put in a good performance. It was tough for Felipe after the collision with a Renault."