Ecclestone: We no longer need a Concorde Agreement 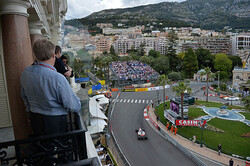 According to Bernie Ecclestone new agreements with the Formula One teams mean that a Concorde Agreement is no longer necessary.

The Concorde Agreement, which first came into existence in 1981 and which dictates all commercial aspects of the sport, was supposed to be signed-off in 2013 and run until 2020. However, the signatories - Ecclestone, the FIA and the teams have yet to sign it.

While the Concorde Agreement covered most aspects of the sport - certainly the all-important financial issues - it did not cover the Technical and Sporting Regulations which were the work of the FIA.

However, as of last year, the F1 Strategy Group, which comprises six teams, the FIA and F1 Group, are responsible for matters sporting and technical.

"I think everyone has forgotten about it to be honest," Said Ecclestone of the Concorde Agreement, according to the Wall Street Journal, "because with the agreement we currently have with this Strategy Group, we don't really need it."

Dismissing claims that the Concorde Agreement has to be in place ahead of a planned floatation on the Singapore Stock Exchange, Ecclestone said: It was a peace treaty when it was signed. We have moved on and the whole structure has moved on."