Ecclestone: NASCAR is a domestic series 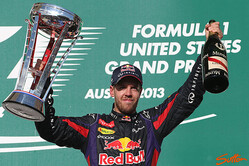 F1 supremo Bernie Ecclestone has hit back at the Texas Motor Speedway boss who criticised the scheduling of this year’s United States Grand Prix.

Eddie Gossage, president and general manager at the speedway, had hit out at the scheduling of this year's Grand Prix which takes place on the same weekend that his track hosts all three NASCAR series including the Sprint Cup's AAA Texas 500. Gossage was also critical of Circuit of the America bosses for their failure to stand up to Ecclestone in terms of the scheduling of the race.

However, never one to shy away from a row, Ecclestone wasted no time in responding to Gossage's comments.

"We've a small problem they don't have... we have six jumbo jets to move around all our equipment, and we have to find the most sensible way to use them to do that," he said, according to the Guardian. "We have to be efficient, and bear in mind we may also encounter problems at an airport. There are issues that can occur, but he and other people do not realise these things.

Responding to Gossage's claim that "there is an 800-pound gorilla when it comes to major American motor sports... NASCAR", and that "any time you cut something into two pieces, whether it's 50/50, 60/40 or 99/1, it doesn't matter who's got the 99 and who's got the 1 it's less than 100 percent", Ecclestone said: "I've spoken to the people that run the race at Cota and they believe the NASCAR crowd is a different crowd to Formula One, different people, different customers.

"At the end of the day they run a domestic series in America... we run a world championship."