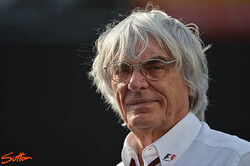 Formula One boss Bernie Ecclestone says that his legal costs in the High Court case which he won last week have accelerated to more than £20m according to an article in the Daily Mail written by Christian Sylt.

German media rights firm Constantin Medien accused Ecclestone of conspiring to undervalue F1 when it was sold to the private equity firm CVC for $2bn in 2006.

As the losing party, Constantin will have to cover Mr Ecclestone's costs unless the judge decides otherwise. "My costs are bloody expensive. It is going to cost them more than £20m. I hope they will be able to pay," says Ecclestone.

According to testimony by Constantin board member Dieter Hahn, its lawsuit was funded by the company and its single-biggest shareholder, the KF15 trust, in which he has a 42.5% stake. The remainder of the shares in it are owned by the family of the late Leo Kirch a German media mogul whose company owned a majority stake in F1.

Ecclestone says that although he asked for an amount equivalent to his costs to be put in escrow pending the outcome of the case this was not possible. "I said we need the money paid to cover costs and apparently you can't. I don't know why but we couldn't."

Constantin claimed to have lost out when CVC bought a 47.2% stake in F1 from German bank BayernLB (BLB). It had an agreement with BLB which entitled it to 10% of the proceeds if the stake sold for more than $1.1bn but as CVC paid $814m it missed out on a payment.

Constantin accused Ecclestone and his Bambino family trust of paying a $44m bribe to BLB's former chief risk officer Gerhard Gribkowsky so that he would agree to sell to CVC. The private equity firm was allegedly Ecclestone's preferred buyer as it had agreed to retain him as F1's chief executive.

Constantin sued Ecclestone, Gribkowsky, Bambino and its former legal adviser Stephen Mullens. It claimed that if they had not engineered the sale of the stake to CVC then other buyers would have come forward with a higher offer.

Ecclestone denies paying a bribe and says that in fact Mr Gribkowsky threatened to make unfounded claims about his tax affairs if the $44m was not paid.

The judge, Mr Justice Newey, disputed this version of events and ruled that "the payments were a bribe" to ensure the stake was sold "to a buyer acceptable to Mr. Ecclestone." However, he added that "no loss to Constantin has been shown to have been caused by the corrupt arrangement with Dr Gribkowsky. That fact is fatal to the claim."

It contradicts the key claim at the heart of bribery charges in Germany against Ecclestone which are due to come to trial in April.

The German indictment states that the payment of $44m encouraged Gribkowsky to act improperly as he failed "to negotiate with CVC on the basis of the existing competitive situation in order to obtain the best possible price for BayernLB. On the contrary, he abandoned this negotiating position."

The Munich court convicted Gribkowsky in 2012 for receiving the alleged bribe. He initially pleaded innocent but was sentenced to eight and a half years in prison after confessing that the $44m was a bribe to sell to CVC.

Constantin has said it will appeal the ruling and Ecclestone welcomed the decision saying "it will allow more witnesses to be cross-examined which will again prove that the shares were not undervalued." It could also rack up even more money for Constantin to pay.