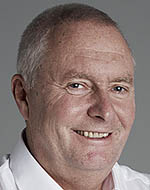 If reports are to be believed Marussia and Caterham came close to merging over the winter, perhaps to form Materham or Caterussia.

The story emerged thanks to comments made by Bernie Ecclestone, and not denied by Marussia, that the two minnows were in discussions to pool resources.

Marussia's motivation was its lack of a commercial deal while Caterham's was a concern over its future in the sport. Caterham has denied it is leaving Formula One in no uncertain terms, while Marussia has been rather vocal about being without a commercial deal.

All ten other teams have individual commercial contracts with Formula One Management, temporary deals to tide the sport over until a new Concorde Agreement can be finalised. Marussia is the glaring exception.

Under the last Concorde Agreement (which expired at the end of last season) prize money is awarded in two different ways. Teams receive 47.5 per cent of Formula One's profits, which is equally split between two different prize pots.

The first way this money is distributed is to teams which have finished in the top ten in the championship for any two out of the last three seasons. It meant last year each team received (£20.1m ($30.6m), with the exception of Marussia which was not eligible (it finished twelfth in 2011 and eleventh in 2012). This was referred to 'Column 1' income in the previous Concorde Agreement.

The maths supports comments Marussia boss John Booth made on the Pitpass podcast in February. "Keeping tenth in the championship would have been important to us but it wouldn't necessarily spring $30m (£20m) instantly," he explained. "You need to finish in the top 10 two years out of three to get that money at the moment.

"Obviously with new Concorde maybe, it may just be a position place," he added. "We haven't seen all the final details yet. As of now that tenth place wouldn't have made that big a difference. It would have made much more of a difference for Caterham because they would have lost the $27m (£17.8m) but we wouldn't have gained it automatically."

The second method of distributing the sports wealth, 'Column 2' as the Concorde Agreement called it, is a simple payment to teams which finish in the top ten each year, awarded on a sliding scale. In 2012 this side of the pot was worth £201.5m ($305.9m) with tenth place receiving just over £3.7m ($5.5m).

It is this £3.7m which Marussia lost out on when Caterham claimed twelfth place at last year's Brazilian Grand Prix. It's a long way short of the $30 million some have quoted and explains why the Banbury squad is rather less upset than some would have us believe.