Does Marussia know something that we don't? 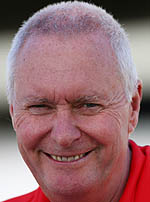 Last weekend's season-opening Australian Grand Prix may have not looked much different on the outside to any other Formula One race but behind the scenes something was missing. The Concorde Agreement, the contract which commits the sport's eleven teams to race, expired at the end of last year and has not yet been re-signed. As they say, the show must go on and there is a simple reason why last weekend's race went ahead.

The signatories to the Concorde are the teams, the sport's rights holder the F1 Group and governing body the FIA. The contract confirms the prize money that the teams receive and it also outlines the technical regulations which they race under. In return, the teams commit to participate in every race for the duration of the contract. Without it they could pull out at any time and there is nothing the F1 Group's boss Bernie Ecclestone could do about it.

The reason that all the teams turned up to race as normal in Australia is that they have signed separate agreements with the F1 Group and they contain the same terms which will be in the Concorde. These agreements commit the teams to racing in F1 until the end of 2020 but they don't confirm the technical regulations which they will race under.

The technical regulations are contained in the Concorde and FIA president Jean Todt recently said that it is not far off from being signed. "All the discussions we have agreed, and we are in the situation where we need to finalise it in writing," he said adding "I am confident it should happen in the coming weeks." The Concorde will replace the separate team agreements so once it is signed they will no longer be valid.

All well and good except for the fact that one team, the back-marker Marussia, has not signed an agreement with the F1 Group.

In late February Ecclestone told Pitpass' business editor Christian Sylt that the teams are "all safe. We have got a deal with them all including Marussia. We are continuing with Marussia. I thought they were going to go but they are not." Sylt then called Marussia's sporting director Graeme Lowdon who said that although the team has not actually got a signed agreement, it seemed to be on its way. "We are in discussions with the commercial rights holder and we certainly expect to conclude something. This is not adversarial," he said.

Nothing complicated there then: Ecclestone and Marussia were in late stage negotiations about an agreement and the F1 boss considered that the deal was as good as done. What happened next is where things get interesting.

On 7 March a Marussia spokesperson reiterated that "we do not have a signed agreement" and team principal John Booth added that "it's vital for Bernie because he won't be able to film us without it." This could have been a strategy to apply pressure on Ecclestone so that he would put pen to paper on the agreement. However, it may have also had the consequence of worrying sponsors or potential partners. After all, if Marussia couldn't be filmed then its existing sponsors wouldn't get exposure. Likewise, any potential partners considering joining F1 may decide not to contact Marussia because they may not get exposure on-screen.

Marussia turned up in Australia and thankfully, for its sponsors, it was filmed. However, far from keeping quiet about this brush with a blackout, Marussia has again reminded the world that it doesn't have an agreement with the F1 Group.

On Wednesday Lowdon said "it does seem a little strange to treat one team so differently...The real question is: why us? We would argue we're a pretty good team and we're making good strides...The other teams have an agreement (so that) will come into discussions with sponsors...It unsettles them that we should be treated differently to other teams. There is a knock-on effect, there is no question." It is genuinely hard to fathom why he said this.

We understand why Marussia may be puzzling over if or when it will receive an agreement with the F1 Group and we understand that it probably really wants one. However, broadcasting to the media that the lack of an agreement "unsettles" sponsors seems to be incredibly counter-productive. After all, brands around the world now know that Marussia is not being treated the same way as the other teams and even the team itself acknowledges that this is unsettling.

Imagine that you are a brand which is considering whether to approach an F1 team about sponsorship, would you choose one which has guaranteed television exposure or one with a team principal who has said that his outfit isn't able to be filmed because it does not have an agreement with the rights holder? Likewise, do you want to choose a team which is fully signed up in an agreement with the F1 Group or one with a sporting director who says that sponsors are unsettled because it doesn't have one? You have ask the question: why on earth is Marussia broadcasting this to journalists?

Telling the media that it doesn't have an agreement with the F1 Group, that it isn't able to be filmed and that sponsors are unsettled by this is likely to drive away potential partners. This would be risky enough for a big team to do but it seems particularly staggering that it comes from Marussia in light of Sylt's revelation in the Guardian newspaper in October last year that it was talking to potential investors.