6 drivers escape punishment for yellow flag misdemeanour... but not all 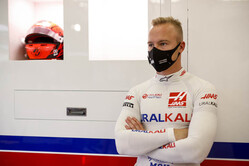 As if they weren't busy enough during today's Austrian Grand Prix, the stewards continued to earn their money long after the race, summoning 11 drivers for various misdemeanours.

Handing Kimi Raikkonen a 20s penalty for causing a collision with Sebastian Vettel, the stewards opted to take no further action over George Russell who had been accused of moving under braking.

Sergio Perez, Carlos Sainz, Charles Leclerc, Antonio Giovinazzi, Daniel Ricciardo, Nikita Mazepin, Nicholas Latifi and Pierre Gasly were all summoned by the stewards for not respecting the double waved yellows that followed the Raikkonen/Vettel clash in the final moments of the race.

Having spoken to each driver and viewed the relevant video evidence, the stewards accepted that the majority of them took the appropriate action in the double waved yellow sectors and therefore faced no further action.

However, the stewards felt that Latifi and Mazepin did not slow down sufficiently and were therefore handed 10 second stop and go penalties, which translated to 30 seconds added to their elapsed race times.

Both drivers were also handed 3 penalty points, bringing Latifi's 12-month total to 6 and Mazepin's to 5.