Haas decision made weeks ago 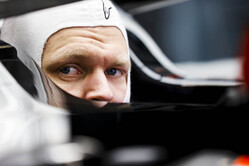 The Portuguese Grand Prix weekend burst into life this morning when first Romain Grosjean and then teammate, Kevin Magnussen took to social media to announce their parting company with Haas at season end. Moments later, the American outfit followed with the obligatory official statement.

Naturally, team boss, Guenther Steiner was the centre of attention at Portimao as the media - although somewhat aware of the thinking behind the decision, which many had actually expected at least twelve months earlier - sought the facts and also insight as to who might be replacing the pair in 2021.

"We wanted to be fair to them," said the Italian of today's announcement. "We could have kept it for us for a while, and then just do it. But I think the guys were good with us in the last years.

"We said we're not going that way, we're going to do some changes, and therefore we want to tell them so they've got a chance to find something else," he continued.

"If we tell them only whenever we decide who is going to drive the car, it could be the end of the year, and they would have a lesser chance to find something for next year," he admitted.

Asked when the decision not to continue with the pair was made, he said: "I would say we made a decision about two, three weeks ago. I called them last week.

"It is very difficult," he continued. "As much as we've had ups and downs in our relationships, in the end you don't stay with people for this long time, four and five years, if you don't like them. So it's always difficult to do these things. But in the end, I need to look after the team in general. And they both were very understanding.

"I mean, for sure, they were not happy," he admitted. "Who would be? But they had a good understanding, and they know that we gave them a good run at it, as well.

"In the end I think there is no bad blood running between us, and we want to get to the end of the season. I need to look out for the whole team. And that is why I have to make these decisions. That's part of my job, even if it's a difficult thing to do."

Other than the departure of Grosjean and Magnussen, speculation has centred on who will replace them, with Mick Schumacher now linked with the American team along with Nikita Mazepin whose billionaire father tried to buy Force India.

Under pressure, Steiner admitted that money could be a factor.

"We could be as well, money and talent," he said. "I mean, talent always needs to be there, not only money.

"Talent is very important, or more important, but some people have got sponsorship they bring with them. So we are looking at all the options out there as well.

"There are quite a few opportunities out there," he continued. "And they're not going away, because the market is pretty small this year. And I think we are lucked into that one this year. So that is the reason why we are not in a hurry to make the announcements."

Along with Mazepin and Schumacher, other drivers in the frame are Sergio Perez and Nico Hulkenberg as the team considers partnering an experienced driver with a rookie. Though the Italian didn't rule out the possibility of fielding two newcomers.

"If you have got a very good experienced one, and a rookie who finds it difficult to find his way, he loses his confidence. Is that good?" he said. "No. Look at what happened to a lot of people who were in the same team as Max Verstappen. They all struggle, because he is so good, and then a rookie comes in and it's not good for him. Maybe two rookies is a good thing, I don't know that yet.

"That is one of the things we are evaluating as well, do we need one experienced one or not, or can we do it with two rookies? Sometimes, just trying something different, it helps as well to learn about it, and sometimes learns that you shouldn't have done it as well. I'm fully aware of that one."