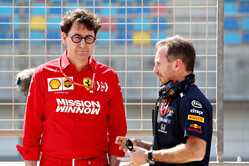 If ever there was a time when it was rammed home that Formula One, indeed much of sport itself, lives in a bubble, courtesy of the coronavirus, it is now.

It was only in the face of public outrage at the football club expecting the British taxpayer to foot the bill that led to it having a change of heart and following the example of other clubs, such as Manchester United, Manchester City and Chelsea in paying its staff out of its own (sizeable) pockets.

McLaren, 8-time Constructors' Champions and winners of 12 driver titles, was the first F1 team to take advantage of the government's furlough scheme, followed by Williams and then Racing Point, while F1 itself has put around 50% of its workers on the public payroll.

While Chase Carey talks of a 15 - 18 race calendar, the likes of Bernie Ecclestone - a man who actually understands the sport - calls for the 2020 season to be written-off.

The 89-year-old's call isn't out of schadenfreude in the face of being dumped by Liberty Media, but because he knows the sport, he understands the logistics and the cost - financial and otherwise - of making promises that cannot be kept.

While nobody wants to see the season scrapped and we all want to see the cars line-up on the grid as soon as possible, the reality is that the future of the sport is in the lap of the gods.

While F1 made the wise move in postponing the raft of new regulations originally intended for 2021 to 2022, and equally wisely decreed that this year's cars can be used again next year, it also opted to introduce the budget cap next season as planned.

For as long as anyone can remember a budget cap has dogged the sport, and better men than Mr Carey did their best to introduce one.

Though its introduction next season should be a mere formality, and by all accounts had been agreed upon, yesterday's video conference involving the ten team bosses, the FIA and F1, demonstrated not only that there is some way to go, but that none of those taking part appear to understand what's really happening out there in the real world.

However, ignoring the fact that Jean Todt ruled out postponing the rule changes until 2023, it was business as usual in the self-interest department as some teams claimed that the budget cap should not be a 'one size fits all' measure.

Ferrari argued that as it develops parts that are used by customer teams it should be allowed a greater budget limit. Refusing to budge on the $150m limit, the Italian team was backed by Red Bull, while Mercedes - no doubt influenced once again by Daimler-Benz - was open to the idea of a lower limit providing it was not being used as a means of handicapping some teams.

Of course, while Ferrari provides a whole range of components for the likes of Haas, Racing Point relies heavily on Mercedes - much too heavily as far as some rivals are concerned.

With another meeting scheduled in the coming days, it is likely that the budget cap will be reduced to $120m but in stages, while allowances will be made for those teams that develop and supply components for rivals.

However, as the various factions squabbled over how much they should be allowed to spend, they appear oblivious to the financial nightmare the world faces once the viral nightmare it is currently encountering is out of the way.

The financial shockwave will hit, and it will hit hard. While normality will slowly return in some areas, the after effects may be felt in others for many years to come.

Despite F1's belief that it is all-important, as people fight to save their businesses, their jobs and their homes, sport will be a luxury.

The first thing anyone does when cutting back is to cancel cable TV, not to mention holidays.

The sport is already facing a crisis with three or more teams possibly leaving - and no teams contractually committed to the sport after the end of this year - and yet at a time there is genuine fear about the financial hit the sport is to take, the team bosses are arguing over how much they should be allowed to spend.