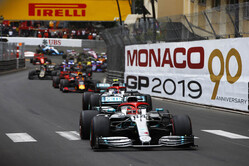 The seven UK-based F1 teams received more money from the taxman last year than they paid.

The teams receive money from HMRC after their tax bills were offset by losses, and between them the seven teams made a £60m net loss.

As a result, according to the Daily Mail, between them the seven UK-based teams received £13.6m last year, bringing the total for the last decade to £120m.

With teams allowed to carry over losses to future years to reduce their tax bills, Williams paid no corporation tax despite a pre-tax profit of £4.1m.

McLaren has £112m of UK tax losses to carry forward, while world champions Mercedes has £71m. Indeed, the £17.5m tax credit awarded to the Brackley-based outfit in 2014 was the biggest of the last decade.

As previously reported, the teams are also eligible for refunds of up to 12% of their research spending, which is likely to increase significantly next year as they prepare for 2021.

The news will not be seen favourably by taxpayers, especially those who are not fans of F1 and see the sport as elitist and awash with cash.

Indeed, it could be one of the reasons the sport is not looked on favourably in terms of royal honours such as knighthoods.