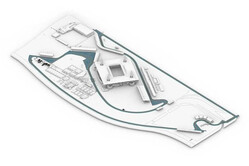 Though there remains the little matter of convincing the locals, F1 and the Hard Rock Stadium have agreed in principle to host a Miami Grand Prix in 2021.

"We are thrilled to announce that Formula 1 and Hard Rock Stadium have reached an agreement in principle to host the first-ever Formula 1 Miami Grand Prix at Hard Rock Stadium," said the Miami Dolphins CEO, Tom Garfinkel and F1 commercial director, Sean Bratches in a joint statement.

"With an estimated annual impact of more than $400 million and 35,000 room nights, the Formula 1 Miami Grand Prix will be an economic juggernaut for South Florida each and every year.

"We are deeply grateful to our fans, elected officials and the local tourism industry for their patience and support throughout this process.

"We look forward to bringing the greatest racing spectacle on the planet for the first time to one of the world's most iconic and glamorous regions."

With local residents and businesses objecting to the original plan to host a race in downtown Miami, that would have seen cars run down Biscayne Boulevard and pass through Bayfront Park, Dolphins owner Stephen Ross instead switched focus to his own stadium.

As a result, the plan is to host a race adjacent to the Hard Rock Stadium, and courtesy of a longstanding contract that allows the Dolphins to host any event of their choosing, community approval isn't essential.

That said local businesses and residents remain opposed to the event which still requires approval from Miami-Dade County commissioners.

"It's very difficult for me to get past the fact that you are talking about a Formula One race in the middle of a bedroom community," said activist and former Miami-Dade County Commissioner, Barbara Ferguson at a recent community meeting hosted by the Dolphins. "That does not make sense to me."

"We support, and love, and are very excited about the prospect of Formula One coming," said Wendy Kallergis, president and CEO of the Greater Miami and the Beaches Hotel Association, according to the Miami Herald. "I can tell you all of our hotels across Miami-Dade County, our employees, our general managers are very excited about it."

While much of the proposed track will be located within the stadium site, a section of public road, Northwest 199th Street will be used.

"Hosting the race at the stadium site limits the work that has to be done to public streets," said Bratches, "which means very little disruption to surrounding residents and businesses as we prepare for the race."