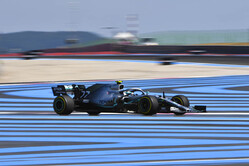 While the so-called Super Sunday at Suzuka, the result of qualifying having to be moved to Sunday morning, hours before the Japanese Grand Prix, got the thumbs up from drivers and team bosses, keen to point out that a two-day format can work, the suggestion is not so well received by fans or promoters.

Race fans travelling to events want to see as much of the cars and drivers as possible, and a two-day event, no matter the format, would no doubt mean less running. Furthermore, due to the cost of attending races, in some countries, Fridays are the only opportunity for families to visit.

At the same time, promoters (and governments) seeking to recoup their hosting fees need the extra revenue that Fridays provide, while a shortened race weekend would also impact the local economy in terms of hotels and tourism, ironically the very reason they signed up to F1 in the first place.

Ahead of the crunch meeting in Paris at which F1 bosses will 'discuss' the proposed regulation changes for 2021 with the FIA, teams and Grand Prix Drivers' Association, F1 managing director, Ross Brawn has confirmed that the three-day weekend will be retained.

"The format is an aspect of the sport we have focused on in some detail as we work towards the rules that will govern Formula 1 over the coming years," said the Briton, "and we have taken into account the voices of all of the key players, the promoters, the teams and last but not least the fans.

"I'll be honest and say that there has been strong consensus, especially among the organisers, for maintaining the three-day format of track activity, although with a different timetable," he continued. "It's true that a day like Sunday in Suzuka offers a great show in just a few hours but it would confine the feeder series races to the previous days.

"After careful analysis we have concluded that the best solution is to keep the event over three days, revising the Friday format but leaving the rest untouched, with qualifying on Saturday and the race on Sunday.

"In order to meet the demands of the teams and in order to slightly increase the number of Grands Prix, which will be at 22 next year, we have given consideration to reorganising the schedule so that teams and drivers can arrive a day later," he added, referring to the scrapping of Thursdays.