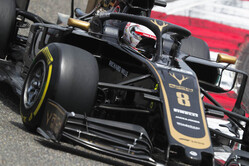 Haas team boss, Guenther Steiner, while admitting that some standardisation is required in F1, is wary of the sport's DNA being compromised.

However, the Italian's view is somewhat ironic considering that the Haas is essentially the work of Dallara and Ferrari.

Asked his view on parts standardization, and whether there certain components that can be the same for everyone and others that should never be standardized?, he said: "I think we have to be careful that we're not changing the DNA of Formula One, which is about developing your own car.

"I think as long as we have a cost cap like the one proposed now going into 2021, standardization doesn't really make sense," he continued. "Everybody should be free to spend their money where they want.

"If we have some standard parts where we level the playing field, like pit equipment, that's OK," he added, "but on the car, the DNA of Formula One means your own development.

"We are well under the budget cap being proposed, so I don't know if it's really a money-saver in the end," he admitted. "It hasn't been defined what will be standardized. It's maybe too early to talk about it or be critical about it. We have to wait a little bit until we know exactly what the aim is."

Considering Haas' relationship with Ferrari and Dallara, asked if he would be happy accepting components from a mandatory supplier, he said: "If the series mandates certain parts, for sure they'll have done their due diligence, and it should be in accordance with the teams so that they are all happy. I can live with that.

"If they just go to some suppliers, and if we feel they cannot do the job, we should have a say in it. The ten teams know more about building a car than all the other authorities.

"The DNA has to stay," he adds, faithfully echoing the Ferrari mantra, "otherwise it's not Formula One anymore. It would be a spec series, and we know how that normally goes.

"I think the commercial rights holder will make sure the DNA stays intact and that Formula One stays as Formula One. That's what it needs to be."

Asked the best way to bridge the gap between the top teams and the midfield, a budget cap or parts standardization, the Italian is in no doubt.

"I think a budget cap should do the job. Everybody's free to spend their money where they want to spend it. If somebody spends the money in a better way, good for them. They'll be faster. That's part of running a Formula One team."