Steiner hits out at standard of stewarding 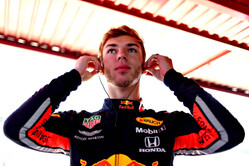 Haas team boss, Guenther Steiner has once again hit out at the lack consistency in stewarding, the Italian particularly irked by the three-place grid penalty handed to Pierre Gasly for impeding Romain Grosjean in Q2 on Saturday, thereby causing the Frenchman to miss the cut.

Deeming that Grosjean had indeed been impeded by his countryman, the Monaco stewards handed Gasly a three-place grid penalty and a penalty point for his licence.

However, Steiner is angry that the punishment meted out to Gasly in Monaco was the same as that handed to Grosjean in Bahrain even though the circumstances of the offence were completely different.

In Bahrain Grosjean was about to commence a push lap when he was overtaken by Sebastian Vettel and thus slowed significantly to maintain a sufficient gap. He was
not advised by the team of the rapid approach of Lando Norris who was on a push lap.

The speed differential was 136 km/h at the point where Norris had to take avoiding action, and while the stewards accepted that Grosjean did not intentionally intend to impede, it is the driver’s responsibility to be aware, when travelling abnormally slowly, that faster cars may be approaching.

In Gasly's case, in Monaco, the stewards agreed that "at the time Grosjean was clearly the only car on a fast lap in the area", and while the stewards accepted "that it was unlikely that Gasly had any opportunity in that sequence of turns to see the Haas, the team admitted that they had failed to give any warning".

"How many times do I have to say it? It's like a broken record," says Steiner. "Some of the stewards are just not up to being stewards.

"I cannot raise it more because after a while… I just say it like it is," he added. "I'm not going to spend more time writing letters to people anymore.

"Some of the stewards should read the rulebooks. They didn't have to give Romain a one-point penalty. He was in the wrong place at the wrong time. But the stewards felt they need to give a penalty."

Steiner points out that in Bahrain, Grosjean had to react to a slow Vettel, while in Monaco was "in the middle of the track on a fast part of the track, standing basically still for no reason, because he wasn't told by his team", the Italian insisting that had Grosjean not braked to avoid Gasly it would have caused a big accident, while in Bahrain the stewards admitted the speed differential between the Frenchman and Norris was 136 km/h.

"I don't know which one is wrong," he said, "they have to make their mind up. They cannot be the same sentence, in my opinion. It was two completely different circumstances, with consequences on one side and not on the other. It's just so different. Even a blind man sees it."