Steiner: Protest is about equality 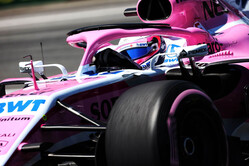 Since it was revealed yesterday that Haas had protested both Racing Point Force India's car, the paddock has been awash with speculation over the exact reason.

Both teams met with the stewards ahead of FP1 and later it was revealed that the sheer amount of evidence presented means that a decision will not be forthcoming until tomorrow morning, if then.

Though he didn't want to go into too much detail, tonight Guenther Steiner admitted that the protest does concern the ongoing issue concerning Column 1 prize money, which Haas insists Racing Point Force India is not entitled to as it is a new team.

However, the Italian was keen to point out that this eleventh hour bid isn't anything personal towards Racing Point Force India, merely an attempt at clarity in terms of equality.

"I don't want to go into detail," he told reporters, "but I will try to speak with you and then avoid any more questions because I cannot speak too much.

"What we are seeking for is equality for all the teams," he continued. "We came into Formula 1 under certain circumstances, we were aware of what we have to do, we did it all, and we feel that this was not done this time with Force India, so we are just seeking equality or at least an explanation why it isn't done.

Asked if the protest was in some way reaction to Renault's protest of Romain Grosjean's car in Italy, a move which saw the Frenchman disqualified from the race and subsequently saw Haas lose ground to the French team, Steiner was adamant.