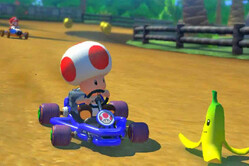 Though he looked decidedly down during the opening stages of today's press conference – and decidedly silly with his sunglasses on top of his Ferrari cap - Sebastian Vettel's mood improved as it progressed.

When the drivers were asked if they believed the racing at Suzuka would be improved by the addition of a DRS zone on the back straight leading to 130R, most were serious in their responses.

"I would say so," said Lance Stroll. "Whether 130R is flat or not is car dependent and depends on how much risk you are willing to take. I don't think that's really the reason why we should debate whether there is a DRS zone or not on the back straight. I think it could only help overtaking.

"It's already a track where due to the nature of the track it's very difficult to follow, with all the high-speed corners and all that," he added, "so if there is a way of helping overtaking, helping the show, it would be good."

"I think it would be quite a challenge to have DRS there, even harder than Silverstone Turn 1 really," added Esteban Ocon. "Let's see what's going to happen in the future, it could be interesting.

"As Lance said, it could only help overtaking into the last chicane. In the race it would not probably flat, especially following other cars, but in qualifying it could be an interesting challenge."

At which point... Sebastian Vettel declared: "I'm not a big fan of DRS, so I don't know...

"Now we are in Japan, I think Mario Kart, if you remember, it might be more fun to throw bananas out of the cockpit, so maybe it's a better idea to have bananas than DRS.

"I don't like it, I think it's artificial. I think we should find a different way to make the cars follower each other closer and not rely on DRS."

The German was equally forthcoming when asked about the proposal to modify qualifying so that it features four sessions rather than three.

"I'm just wondering what we will discuss in ten years' time, whether we will be talking about Q9 and Q10, if that makes sense.

"I don't know," he sighed. "Probably not but I don't know, maybe we should go less. Without going too deep, my personal opinion is that nowadays I think we need too much entertainment to be happy. I think it would be nice to settle for something less as well.

"My preferred qualifying was back in the days when they had one hour and you could do what you want. Obviously qualifying for some people will never be as exciting as the race but for other people it's more exciting than the race so it depends on your tastes, but I think it's about getting the perfect lap and I don't think it matters how many qualifying sessions you have.

Sadly, Chase, Sean and Ross are probably already seeking out a number of the world’s leading banana producers with an eye to a potential sponsorship deal.