No title sponsor for McLaren 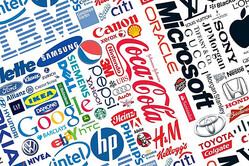 While rival teams claim that McLaren scuppered the bid to retain shark fins for 2018 because it believes the device compromises the impact of the highly lucrative advertising hoarding better known as the rear wing, it appears that once again the Woking cars will not sport the signage of a title sponsor next season.

Though at the time of his recruitment marketing guru Zak Brown admitted that one of his main tasks was to find a significant sponsor for the Woking outfit it appears he has failed to do so.

"If you look at F1 no one really refers to the name of the team's title partner," he argued, "so I don't think there's a lot of value. We're McLaren, we're not ABC McLaren. There's major branding, but we don't want to sell the title, we want to remain the name of the team, McLaren.

"In NASCAR the drivers are trained to get out of the car and say, 'I'd like to thank my Chandon Ford today.' That doesn't happen in F1, so we want to protect our brand.

"We have signed some sponsors," he insists, "but I don't know exactly when we're going to announce them. We're not done yet, so all sponsors are welcome!

Put like that, with all those positives, both for the sport and McLaren, one wonders why Brown doesn't have potential sponsors banging his door down, whereas, when one considers that the Woking outfit has now lost Honda's money and has to pay for its engines, it has signed "some" sponsors but clearly nothing of any real significance.

Furthermore, no matter what Brown might claim, if Coca-Cola, McDonalds, Samsung, Sony, Amazon or Google came a-calling he and the team's owners would be only too happy to call the cars by any name whatsoever, as long as the price was right.