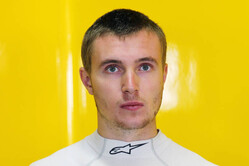 While Williams always made it clear that it was in no rush to finalise its 2018 driver line-up, most had assumed a decision would be made before the Christmas holidays. However, it is understood the Grove outfit will not be making an announcement until the New Year.

While this wouldn't be entirely unusual - the team having stunned the world by revealing rookie Jenson Button as its second driver at the launch of its 2000 contender - it will lead to all manner of speculation.

Initially it was thought the choice was between Robert Kubica and Paul di Resta, the pair having taken part in a shoot-out in Hungary in October.

However, while the Scot then appeared to drop out of the frame, Renault reserve Sergey Sirotkin was linked with the Grove outfit's vacant seat, along with Fellow Russian Daniil Kvyat and Pascal Wehrlein.

Last week, Motorsport.com - the increasingly powerful media organisation owned by Miami-based Russian Mike Zoi - claimed that Kubica was no longer being considered and that Sirotkin was due to get the nod.

Though it was claimed the Russian had given a better account of himself at the post-Abu Dhabi test, particularly on the harder tyre compounds, it appeared that in fact Sirotkin was merely in a position to bring more sponsorship money to Grove.

While there are obvious factors to be considered in terms of Kubica's suitability, there are many - not least the sport's new owners - who will appreciate the massive PR boost the Pole's fairy-tale return to the F1 grid would bring.

On the other hand, following the loss of Kvyat, the sport will be aware that it needs a Russian presence.

That said, with Sirotkin's main claim to fame being the fact that he twice finished third in the GP2 championship, his recruitment alongside Lance Stroll would leave Williams widely perceived as a 'home for pay drivers'.

Indeed, it is thought the decision to further delay the announcement isn't so much to do with second thoughts about Kubica but rather getting the best possible deal from Sirotkin's backers.