Hamilton: It's going to be a very, very hard slog 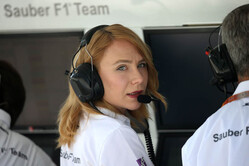 While qualifying showed that Mercedes still has the edge as far as outright pace is concerned, Sebastian Vettel demonstrated that the Ferrari is close.

Next day the German demonstrated that when all goes to plan he and the Ferrari can take on the Silver Arrows and win.

Indeed, yesterday's win means that for the first time under the new formula introduced in 2014, a non-Mercedes powered driver leads the championship.

Lewis Hamilton is not only looking forward to battling Vettel this season, he is relishing the prospect, claiming that fans will also enjoy two multi champions going head-to-head.

"You are seeing the best against the best," he promised. "I am really grateful to have that fight with him.

“Finally we can have an actual race. It's going to be close, it's great to see Ferrari there.

"It's been a privilege to be racing in an era with him and now finally at a period of time when we can actually have a real race," he enthused. "I wish we could race a lot closer in the cars than we have today, but still I think the fact that we are similar pace-wise, it's going to be a very, very hard slog this season.

"Racing the best is what Formula One is all about," he added, "and ultimately it makes you work that much harder, having to raise the bar and I'm looking forward to that."

Fact is, based on the evidence thus far, it is going to be a very, very hard slog for the pit crew and tacticians, for yesterday proved time and time again that much of the racing is going to mean endless frustration as drivers are forced to remain around 2s down on their rivals unable to get any closer due to the dirty air from the car in front.

That new aggressive look we were promised has instead led to front wings that are architectural marvels, yet ultimately ultra-sensitive hindrances to real racing.

Consequently, the name of the game is going to be under-cutting and over-cutting in terms of pit stops, with the hard wearing 2017 tyres , that will often mean one-stop strategies, thereby adding to the sport's malaise.