We have learned, says Ben Sulayem of budget cap policing 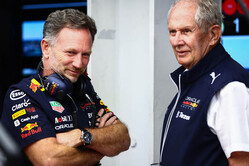 While 2021 was the first year of the much-anticipated and highly controversial cap, it wasn't until this year that the analysis got underway.

While Williams was hit with an early $25,000 fine for a "procedural breach", it was another couple of months when things got really interesting.

Reports in the German media claimed that Red Bull and Aston Martin had both exceeded the cap, and in terms of the Austrian outfit it was said that the breach had been significant. So much so that there was talk on social media (where else?) of the 2021 titles being handed to Mercedes.

Whilst the FIA sought to calm the situation, Mercedes and Ferrari - both of whom were being soundly beaten on track by Red Bull - wasted no time in pouring gasoline on the smouldering fire.

Red Bull threatened to sue all and sundry for the malicious claims whilst the FIA made us wait and wait and wait on its official report.

Eventually, Aston Martin was fined $450,000 for "incorrectly excluded and/or adjusted costs", while Red Bull was hit with a $7m fine and a - far more damaging - 10% reduction in its windtunnel time which was already limited due to the rules that penalise the successful teams.

While Mercedes, Ferrari and others insisted that the penalty didn't reflect the crime, Red Bull continued to question who might have leaked the story to the German media. As if on cue, and no doubt totally unrelated, the FIA announced that Shaila-Ann Rao, former general counsel for Mercedes and special advisor to Toto Wolff, was no longer its interim secretary general and is leaving the FIA at the end of the season.

Though many see the whole affair as a complete mess and embarrassment for sport, fearing that it will never be able to fully and successfully police the cap, Ben Sulayem remains confident.

"We learned a lot and a big review is going into it," he tells Motorsport.com. "Who knows in the first year what is going to be the outcome? We didn't even expect it.

"If you look at the other teams, they will say we have been light on them," he said of Red Bull. "And the penalty? Some of them want them to be hanged and they want to see blood. The (penalised) teams themselves see it as huge on them, so where do you draw that?

"We have to be fair also. Do we want to get rid of them, or do we want them to be straightened up and not do it?"

With the teams having submitted their details in March, one of the main criticisms is why it took until much later in the year before the findings could be revealed.

"The only thing I would say is what we did in September/October, it should be done early," he admits. "But as the first year we learned a lot from it and we're still learning, so it is better to come in May, not in October.

"The financial regulation has been the first year, policing it is very hard," he adds. "That's why we have discussed also employees, three more in the financial side, three more in the chassis and the PU. If you don't have the manpower and the proper people to police it, what's the use of having this regulation? So more recruitment is coming ahead."

In conclusion he insists: "I believe that there was a balance between finance and also the sporting penalties there."