Verstappen doubles down on dislike of Drive to Survive 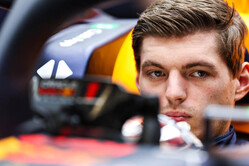 Max Verstappen has reiterated his dislike and distrust of Drive to Survive, saying that it's manipulation of events made Lando Norris "look like a dick".

Speaking to reporters in Jeddah, the Dutchman, who refused to take part in the most recent series and will continue to shun the documentary in the coming season, compared the Netflix series to The Kardashians.

"It's like Keeping up with the Formula 1 World, he said.

"I watched a few episodes of the last one and I was surprised, I suddenly found myself talking in it," said the world champion. "It's probably stuff from like 2018 or something they picked up and used again, about fighting and what I like to do.

"And that already is not of course correct," he continued. "I could hear that my voice was a bit different, and I also realised that a lot of times I was saying stuff and they were around with this beam microphone and they pick up a lot of stuff. So, I'll have to be a bit more careful with that.

"It's just not my thing," he added. "They tried to pick moments, throughout the whole season, and fabricate it in a way."

As an example of the way the makers distort reality - something that F1 boss Stefano Domenicali is to have words about with makers Netflix, Verstappen cited the way the relationship between McLaren teammates, Lando Norris and Daniel Ricciardo, is portrayed.

"What I didn't like, and it's not even about me, it was about Lando and Daniel, who I think are two great guys. They're really nice.

"It made it look like Lando was a bit of a dick, which he isn't at all. I know Lando and I think many people know Lando as a funny guy, great guy, he has a great character. But when you look at that episode, you really think like 'who is this guy, what the hell is going on?'

"When you are new to the sport and you've never seen a racing car or Formula 1 car in general, they don't like him. And why should that be?" the Dutchman continued. "Because he is a great guy and you just immediately get a wrong picture of a person. And that's exactly what I think happened to me in the beginning.

"I'm someone that when you ruin it from the start, you don't fix it. That's it, you ruined it. So, that's my stance and that's how I'll go forwards"