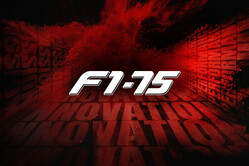 The car which Charles Leclerc and Carlos Sainz will race in the 2022 Formula 1 World Championship will be called the F1-75.

The 68th car to be built by Ferrari to compete in motor racing's blue riband championship thus combines the name of the category with the number 75, which refers to the anniversary that the company is celebrating this year.

It was on 12th March 1947 in Maranello, that Enzo Ferrari fired up the engine of the 125 S for the very first time.

"Formula One, with its spirit of competition and innovation, has always been a fundamental part of Ferrari, driving the technological development of our road cars," said chairman, John Elkann. "This year, as we celebrate the 75th anniversary of our first production car leaving the factory, we honour that spirit by naming our 2022 F1 challenger the Ferrari F1-75."