Qatar will be unpredictable, says Domenicali 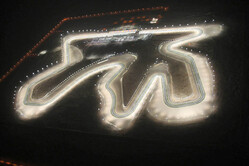 The fact that F1 has no experience of the Losail circuit means that November's race should be unpredictable and entertaining says Stefano Domenicali.

On Thursday, the sport finally confirmed its worst kept secret when it was officially announced that Qatar would fill the vacant 21 November slot on the calendar.

At the same time, the sport announced a ten-year deal with Qatar from 2023, a race in 2022 not practical due to the fact that the country is hosting the World Cup.

It's a mega-deal for F1, though, according to reliable sources, not quite as mega as the sort's bosses had hoped for. Nonetheless, the fact that a ten-year deal was agreed before F1 cars had so much as turned a wheel there probably tells you all you need to know.

According to F1 boss, Stefano Domenicali, the fact that F1 cars have never run there is likely to lead to an unpredictable and entertaining race, with lots of action, even though drivers will have experienced hundreds of laps of the track via their teams' simulators by the time of the race, which will be held at night.

"No F1 car has ever driven there and no tyre tests have ever been held," he told It.Motorsport.com. "I expect there will be a lot of action on the track.

"The facility is almost ready, just a few adjustments are missing,” he added. "I'm sure that when the teams and riders go to Losail, F1 will have another fantastic event in a season that is already incredible.”

Of the current drivers, only Sergio Perez has experience of the Losail track having raced there in GP2 Asia in 2009.

"We were very pleased with the willingness of the Qatar federation to organise a Grand Prix while another venue had to cancel the race," said Domenicali. "The Qatari desire to be part of the F1 family was immediately apparent, so it was natural to talk about the future, building a long-term partnership.

"Organising an event is not trivial," he added. "We move thousands of people, we talk to governments and we write safety protocols. We have an ability to adapt to change that is exceptional.

"We have shown we know how to react to difficulties, demonstrating with the 22 races on the calendar this year how strong the system is and how good the relationships we have established around the world are."