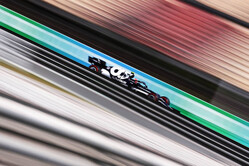 F1 boss, Stefano Domenicali has said that teams could be forced to run up and coming drivers in Friday practice.

Currently, teams can run young drivers with the requisite licence, but only a handful of them do so and even then on a limited number of occasions.

This combined with the strict limitations on testing means that upcoming drivers get little to no on-track experience in current F1 machinery.

Consequently, F1 is talking with the teams with a view to making it mandatory that young drivers get to take part in FP1 sessions from next season.

"The topic of young drivers is very important and interests us," Domenicali told members of the Italian media ahead of this weekend's Grand Prix, according to Motorsport.com, "and that is why, at a time when tests are so regulated, there are some ideas that we will discuss in the next meetings with the teams.

"In particular, we want to make the presence of young drivers mandatory in free practice," he added.

In addition to giving youngsters valuable experience, Domenicali claims that the lack of running on Friday mornings for the established drivers might - groan - spice up the action over the remainder of the weekend.

"If you think about it, there is very little opportunity for a non-F1 driver to show what he can do or even sit in an F1 car because the tests are limited," said Guenther Steiner in response to the idea. "Maybe this is something we should entertain.

"I think we have to agree, all of the teams, FIA and FOM together, if this is the right way forward.