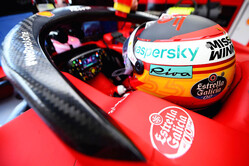 Just one week on from the Portuguese Grand Prix, on a track that has only hosted two Formula 1 races, the World Championship now moves to the Barcelona-Catalunya Circuit in Montmelo, 25 kilometres from the Catalan capital, which has featured on the calendar every year since 1991. It also used to be the usual venue for pre-season testing, but this year, because of the pandemic, that was moved to Bahrain.

The track layout, featuring high, medium and low speed corners, direction changes, undulations and a long start-finish straight, is a demanding test-bench of a car's abilities. It is also one of the most difficult tracks for overtaking. Being close to the coast means that changes in wind direction are one of the factors to deal with, because it has a significant impact on the balance of the cars that run in a medium-high downforce configuration. There are two DRS zones, one on the main straight leading to the first chicane and another after turn 9 on the back straight that leads to turn 10, where it will make less of a difference under braking, but it will not be impossible to try a textbook overtaking move around the outside, relying on entry speed going into the turn. During the winter, major changes were actually made to turn 10, a very heavy braking point where it was easy to lock up the wheels and which now looks more like its original version. The radius is less tight, allowing for a higher speed through the turn.

The Spanish Grand Prix is the home race for Carlos Sainz, who has always finished in the points in his six races at Montmelo. His best results so far are two sixth places, one last year and one in 2016, during his second season in Formula 1. As for Charles Leclerc, he finished fifth here in 2019 in the Ferrari SF90.

1. The number of Formula 1 World Championship Grands Prix that saw a woman driver finish in the points. It was the Spanish GP of 1975, held at Barcelona's street circuit, Montjuic. Jochen Mass won and Maria Grazia "Lella" Lombardi finished sixth at the wheel of a March. However, the race was red flagged after 29 laps, when race leader Rolf Stommelen crashed, leading to the death of two journalists, a spectator and a track marshal. This meant only half points were awarded, so that Lombardi only picked up one half point.

5. The furthest back on the grid from which the race has been won at the Barcelona-Catalunya Circuit. The only driver to win off the third row was Fernando Alonso in 2013 at the wheel of a Ferrari F138. Two drivers made it to the podium from as far back as 12th on the grid: Olivier Panis in 1997 and Juan Pablo Montoya in 2001.

13. The number of seasons, since testing restrictions were introduced in 2007, that the Barcelona-Catalunya Circuit has been used for winter pre-season testing. It means that the Spanish track holds very few secrets for drivers and teams. Over the past 15 years, the Montmelo track has not beenthe test venue only twice, in 2014 and 2021. On both occasions the sessions were held at Bahrain's Sakhir circuit.

31. The average number of overtaking moves in the Spanish Grands Prix held at the Barcelona-Catalunya circuit. Some races have been truly spectacular, such as the opening one run in the wet in 1991, which featured no fewer than 61 passing moves, while in 2011 there were 60 and in 2013, 50. On the other hand, some years were a veritable drought in this respect, in 2005 and then in 2008 when Kimi Räikkönen won in a Ferrari F2008, there were just two. Then there were three in 2000 and in 2002, when Michael Schumacher won in the Ferrari F2002.

57. The number of Formula 1 World Championship races held in Spain, taking into account the seven editions of the European Grand Prix, five of which were held on the Valencia street circuit and two at Jerez de la Frontera. Only seven countries have hosted more: Italy (101), Germany (79), Great Britain (75), United States (70), Monaco (66), Belgium (65) and France (60).

This week in Ferrari history

5/5. In 2005, Ferrari Chief Designer, Rory Byrne, born in Pretoria, South Africa in 1944, was bestowed an honorary degree in Materials Engineering by the University of Trento. Also attending the event were Ferrari managing director Jean Todt, many students and a good number of Scuderia Fans.

6/5. In 1978, Carlos Reutemann took his second pole with Ferrari. In Monaco, the Argentine dominated proceedings on Thursday, posting a 1'28"34 to outpace Niki Lauda in a Brabham by exactly half a second. On Saturday, John Watson managed to get ahead of his team-mate by a hundredth, but no one could get close to Reutemann. This was Carlos' fourth career pole position and Ferrari's 87th.

7/5. In 2006, Michael Schumacher won the European Grand Prix at the Nurburgring following a wonderful duel with Fernando Alonso in the Renault. It was Scuderia Ferrari's 185th win, the 67th for the German in a Prancing Horse car.

8/5. In 1982, during qualifying for the Belgian Grand Prix at Zolder, Gilles Villeneuve lost his life. The Canadian was in collision with Jochen Mass, launching his Ferrari 126 C2 into the air. It was immediately apparent his condition was serious and he passed away at 21h12, never having regained consciousness. His death left an immense void at Ferrari, as well as for its fans and today, Gilles is still one of their best loved drivers. Villeneuve drove for Ferrari in 66 races, winning six of them. In his book Piloti…che gente, Enzo Ferrari wrote: "Some defined him as an aviator, and others thought he was unhinged, but with his generosity, his daring and his destructive driving style, chewing up halfshafts, gears, clutches, brakes, he taught us how far a driver could go when defending in an unpredictable moment, when forced to. He was a fighting champion, he brought so much fame to Ferrari. I loved him."

9/5. In 2004, Michael Schumacher won the Spanish Grand Prix at Montmelo. It was the German's fifth win from five starts in the Ferrari F2004, his 75th in total, the 56th with Ferrari. Behind him came team-mate Rubens Barrichello, thus giving Scuderia Ferrari its 64th one-two finish in Formula 1.