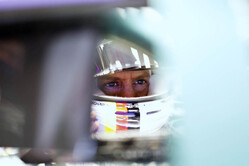 Lap after lap, session after session; few - if any - Grand Prix circuits have played host to more Formula One laps than the Circuit de Barcelona-Catalunya. The Spanish venue has become the traditional home of pre-season testing for a reason: it unstintingly challenges both the mechanical and aerodynamic aspects of a modern racing car. As such, it can be an important barometer for performance across the remainder of the year.

Lance Stroll: "Portugal wasn't a great weekend for us - but we got plenty of track running and learned more about the development of the AMR21. We've seen how critical it is to extract the maximum from the car - especially in the tight and unpredictable midfield pack - we'll be aiming for points again this weekend."

Sebastian Vettel: "This weekend, I'll have the upgrade Lance used in Portugal - which he felt was promising - so I'm looking forward to experiencing it for myself. Looking at the last race, it's clear that we have better race pace than single-lap performance, so we'll be looking to make improvements on Saturday to give us the best chance of points on Sunday. We all know Sunday afternoons at Barcelona can be tricky for overtaking, so it's important that we maximise our opportunities where we can."

After two races on circuits with limited historical data to rely on, the Circuit de Barcelona-Catalunya is a return to the familiar - but there are still challenges ahead. Our strategy engineers have analysed historic data and recent car performance to predict the key factors that could determine the result on Sunday, presented in partnership with Title Partner Cognizant.

• Strategy: There's gains to be made with some quick thinking on the pitwall. A pitstop takes roughly 23 seconds, which is quicker than Imola or Portimão, meaning multiple stops are viable. Last year, only five drivers made it to the finish with one pitstop, so expect to see a mix of strategies - especially as Pirelli has brought its hardest and most durable range: C1, C2 and C3.

• There's usually plenty of action at the start thanks to the 645-metre run down from pole to the fourth-gear Turn One. It's the third-longest drive into the first corner on the calendar - behind Russia and Mexico. But it's still tricky for overtaking: 90% of all overtakes completed after lap two (28) in the 2020 race took place at the first four corners of the circuit, boosted by the 800m DRS zone along the main straight.

• During the winter, some minor re-profiling work was done to Turn 10. The revised section has an increased corner radius - largely returning it to the original layout used until 2004. There was just one overtake at this corner in the 2020 race; but with cornering speeds of around 100km/h (62mph) expected at the now-third-gear turn, it's less likely to offer up opportunities for passing.

• While there were no Safety Cars in the 2020 Grand Prix, historically the chances of a mid-race interruption are common. 60% of all Spanish Grands Prix in Barcelona have featured the Safety Car, and 40% of the last five Grands Prix in have included at least one Virtual Safety Car period.

Unlocking the Lap - with SentinelOne

A lap of the circuit de Barcelona-Catalunya tests all aspects of a Formula One car. From the high-speed first sector to the tight and technical final sector, the Spanish Grand Prix circuit is a blend of the characteristics of Silverstone and the Hungaroring in a unique challenge. Our official Cyber Security Partner SentinelOne presents the key technical facts and stats behind a single lap of the track.

The 1.1km main straight, where cars reach speeds of 300km/h (186mph), offers a good opportunity for slipstreaming, but the medium-speed Turn One right-hander makes it hard to out-brake a rival into the corner. Drivers immediately barrel into the right of Turn Two and the long, uphill Turn Three. With its slight elevation, a well-balanced car is critical here.

Drivers keep it pinned to the left of the straight to maximise the tricky Turns Four and Five. After the long right-hand bend, the track moves downhill and challenges drivers to find the blind braking point, while averaging around 160km/h (100mph) before braking hard into Turn Five.

Turns Seven and Eight are another tricky combination - the outside kerb is notoriously tricky, especially in low-grip conditions. A good exit sets the drivers up for the climb to Turn Nine, where smoothly cresting the exit kerb is vital for the 300km/h (186mph) straight down to the now-revised Turn 10 hairpin. With the aid of DRS, the run to Turn 10 is a potential overtaking spot.

Reaching speeds as low as 80km/h (50mph), this corner tests brakes, and it begins the low-speed and technical final sector. A short burst into Turn 11 means drivers can take this flat - if they're brave on the kerbs.

5: In 1994, Michael Schumacher drove over half the Spanish Grand Prix with only fifth gear available, still finishing in second place.

32: The number of kilometres separating the track and Barcelona's city centre - and the track is only 18km from the famous Costa de Barcelona!

1913: The first Spanish Grand Prix took place in 1913 on a road circuit near Madrid, making the event one of the oldest on the calendar.