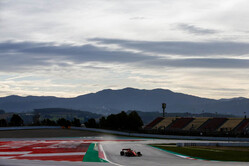 Pre-season testing is set to move from Barcelona to Bahrain after all ten teams agreed the decision.

The news comes as Formula One Management confirmed the revised schedule for the 2021 season, which sees the championship kick-off in Bahrain before heading for Imola... and then most likely Portimao in Portugal.

Testing has taken place in Bahrain previously, but last year a proposed move was kicked into touch after the teams objected to the switch on logistics grounds.

Whereas the three-day test was due to take place at Circuit de Barcelona-Catalunya between 2 - 4 March, the test will now take place at the Bahrain International Circcuit between 12 - 14, two weeks before the season opener at the same track.

While Bahrain has hosted in-season testing in recent years, this year will mark the first time since 2014 that the circuit has hosted the pre-season test.