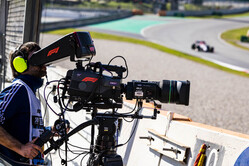 As the pandemic took grip, though lockdown saw many people stuck at home with plenty of free hours to watch TV, the lack of live sport forced British subscription broadcaster Sky to introduce a system whereby subscribers to its various sports channel could pause payment until normal service was resumed.

As it is revealed that the broadcaster has agreed a £170m ($211m) rebate from the Premier League over the lack of football, it is understood to be seeking rebates from a number of other sports bodies including F1.

The rebates will "mitigate the impact on our business (from) the lack of live sport over the past 12 weeks", Sky Sports' managing director Rob Webster tells the Financial Times, describing the deal as "balanced and fair".

According to Sports Pro Media, the £170m agreed with the Premier League is part of a £330m rebate being sought by other broadcasters of the Premiership around the world.

Indeed, the Scottish Professional Football League (SPFL) is in the midst of agreeing a £2.5m rebate with BT Sport and a further £1.5m with Sky, though the situation is complicated by the fact that the 2019/2020 season has been 'abandoned', which could lead to a combined claim of £10m ($12.4m).

It is unclear how much Sky will be seeking from F1, the first ten races of the season having either been postponed or cancelled, but as the British broadcaster is the sport's leading payer and broadcast rights are F1's single biggest revenue stream, it is likely to be a significant amount.

Then comes the rebates that other broadcaster around the world are sure to seek.

Live Premiership football returned to TV screens in the UK on Wednesday evening, while F1 returns next month.