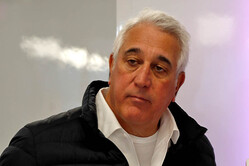 In an interesting move, Lawrence Stroll has cleared the way for car manufacturer Aston Martin to invest up to £200m in Racing Point, which is to become the Aston Martin F1 Team from next year after members of the consortium which bought the Silverstone-based outfit in 2018 went on to buy a controlling stake in the car company.

According to documents filed by Racing Point, the company voted "to allot ordinary shares... in the company up to a maximum nominal amount of £200,000,000... to enable the directors to grant AML an option to subscribe for shares of the company... in anticipation of the sponsorship agreement".

Aston Martin, in which Mercedes team boss, Toto Wolff recently bought an estimated £37m stake, last week revealed pre-tax losses of £119m in the first three months of the year, this coming on top of a £104m pre-tax loss in 2019.

However, the Daily Mail reveals that the shares do not need to be allotted for five years and possibly as long as ten.

Indeed, the shares in the team can be sold to Aston Martin "at any time or times during the period of five years from the date of this resolution", while leaving the door open for shares to be "allotted and issued upon the extension of the sponsorship arrangements into the 2026 - 2030 seasons".

At a time Aston Martin CEO, Andy Palmer is to be replaced by AMG boss, Tobias Moers this is an interesting move by Stroll, who has amassed a £2.1bn fortune in the fashion industry, developing the likes of Tommy Hilfiger and Michael Kors.

Clearly, unlike some, the canny Canadian sees a future for F1 despite the various problems the sport is currently facing.

Of course, whether Chase Carey remains at the helm or indeed Liberty Media chooses to hold on remains to be seen, but it is interesting to note that Stroll is one of a number of names linked with a possible buy-out of F1 should John Malone decide that enough is enough.