Spa gets the green light 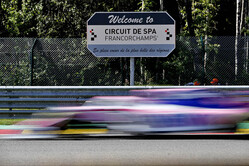 Despite having announced the banning of all mass public events until the end of August, which appeared to rule out the Belgian Grand Prix at Spa-Francorchamps, the government has given the go-ahead for the race to take place, albeit without spectators.

"This measure is valid only on the condition of strictly respecting social distancing rules and hygiene and sanitary guidelines," said Wallonia's Minister-President, Elio Di Rupin in a statement.

The all-clear was confirmed by the event's commercial director, Stijn De Boever.

"We already had a basic agreement in place with F1," he told Motorsport.com, "but we also needed the go-ahead from the government to be able to proceed."

Now comes the difficult bit, as organizers have to discuss the financial arrangements with F1 bosses. According to news agency Belga, around 165,000 tickets have been sold for the event, and with the money needing to either be refunded or set against tickets for the 2021 race, organizers at Spa will look to F1 to cover the shortfall.

"The idea is to form a partnership in which we work together with F1, but the region will not have to pay anything for the race," said De Boever. "There's 50 years of F1 history at Spa-Francorchamps, so hosting the race is important for Belgium and the region.

"We have worked very hard with RACB (the Belgian motor sport association) and the FIA to see what the absolute minimum of personnel could be, which would be around 1000," he added. "Every team will be like a family that won't mix with other teams.

"We have put all the procedures on paper to see how we can manage everything, from organising the catering to providing masks.

"We are working very closely with other promoters", he added. "Austria will be first up, so we will copy what worked for them. We should get a report after every race to see what worked well and what didn't, and what our organisation should look out for.

"We will try our hardest to respect social distancing and be as clean as possible. That is very important to us."