F1's elephant in the room? 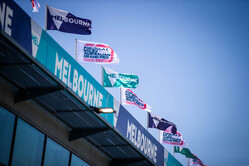 When F1 recently announced that it had transferred its 33% stake in Live Nation to another part of the Liberty empire, thereby adding $1.4bn to the kitty, we suggested that the sport had missed a golden opportunity.

The $1.4bn was to be used "for F1 in event of continued delay of season, including preserving health of ecosystem", said Liberty CEO, Greg Maffei, who also admitted that the move eliminated "$1.3 billion of parent level debt" attributed to the F1 group and would leave sufficient cash "for opportunistic investments and acquisitions".

"We want to make sure that teams are solvent because they are part of what we need to race successfully in 2020, 2021, and beyond," he said.

Warning the teams that the $1.4bn did not signal that Liberty was "an open chequebook", he said: "We want to make sure that teams are solvent because they are part of what we need to race successfully in 2020, 2021, and beyond.

"We're not encouraging using our cash in an unwise fashion," he continued, "but we're trying to balance the operating business and its current results against the operating results of our partners in the form of the teams, who do incur large costs."

Adding that the teams "still need to incur all their costs of running", he admitted: "It's a challenge. How do we do something that is beneficial for fans, but also doesn't have the teams bankrupting themselves?"

As we said at the time, this would have been the ideal opportunity to tie the teams to the sport beyond the end of this season, for currently none of them are contracted to race in 2021.

Though a number of them have sponsorship deals, driver deals and engine partnerships, the all-important Concorde Agreement has yet to be renewed.

Over the course of the current agreement only two teams have won the titles, Red Bull and Mercedes.

In March, one team boss told Germany's Auto Motor und Sport that "before any team signs up for five years, we all need to know if we can survive this crisis", referring to the pandemic", and only yesterday, McLaren boss, Zak Brown confirmed that the $1.4bn has enabled F1 to pay the teams the same prize money as 2019, even though it is not known how many races there will be, if any.

Interestingly, Brown never made any mention of the new team agreements.

"On Concorde, things are dragging on," one team boss told Forbes at the start of the pandemic. "There is no contract in sight really," he added "it has happened behind closed doors and is not being played out in the media.

"The meetings are quite tough," he added. "The big teams are saying that they are not on board and I can see a scenario where some of them may go into the end of the year with no contract."

"If you ask the boards of the big teams, probably half will be in favour of signing and half will be not in favour," said another team boss. "Signing is what everybody wants to achieve but you can only achieve a great contract if you are prepared to walk away from a deal."

"I think there will be a Concorde Agreement," says Brown. "We were very close to signing. A lot of teams were and there was a lot of paperwork going back and forth so it was very well advanced.

"It has obviously been parked in the short term because we are dealing with the crisis," he adds, "but I don't see any reason why it can't just be picked up where it was left off because 90% of it was already agreed so we have just got to kind of finish the last 10% and everyone was engaged on that so I think we will all be signed up by the end of the year."