Ecclestone believes there will be eight races, but not 18 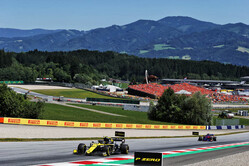 Former F1 supremo, Bernie Ecclestone, who has previously suggested the sport should abandon the 2020 season, believes that 8 races could still be held.

Though this is nowhere near the 18 that Chase Carey is targeting, eight races would meet the requirement for the FIA to recognise the season as a full world championship.

In his latest update on Monday, Carey said that the sport is still targeting 18 races while giving the basics on how the revised calendar might look. At the same time, as organizers in France admitted that the event at Paul Ricard has been cancelled, Silverstone boss, Stuart Pringle was insisting that the British race will go ahead, albeit without spectators.

F1 "should be able to have eight races with no problems", Ecclestone tells the Daily Express.

The opening round(s) of the revised calendar look set to kick-off in Austria, which has not been hit quite as hard by the virus as some of its neighbours, having had 15,597 cases to date and 598 deaths.

Earlier this week, Austria's sports minister, Werner Kogler said that the government "don’t want to get in the way" of the event.

"Dietrich said he is very happy to run the race," said Ecclestone, referring to close friend Dietrich Mateschitz, who co-owns the Red Bull energy drink company, as well as owning the team and its 'sister' outfit AlphaTauri along with the Spielberg circuit.

"(It's) not going to have any spectators but he has said he will run the race," Ecclestone continued.

Earlier this week, Ross Brawn said that the Austrian event - and presumably those that follow - will take place within their own biosphere - "a very enclosed environment where the teams come in on charters (flights), we channel them into the circuit, we make sure everyone's tested, cleared, there's no risk to anyone and we have a race without spectators".

While it is thought that F1 will need to waive hosting fees for many events and actually underwrite the circuits’ costs, it has been speculated that in Austria's case Red Bull would take the financial hit. Not so, warns Ecclestone.

Mateschitz "won't pay but he will run the race", said the Briton. "He won't pay the fee because he isn't going to sell any tickets."