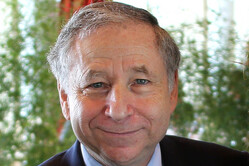 Much like Joe Blow transferring money from his savings account to his current account, last week saw Liberty move $1.4bn (£1.1bn) from one arm of its business to another.

The move, according to Liberty CEO, Greg Maffei, "increases cash liquidity by approximately $1.4 billion", which can be used "for F1 in event of continued delay of season, including preserving health of ecosystem".

The move also "eliminates $1.3 billion of parent level debt" attributed to the F1 group and will leave sufficient cash "for opportunistic investments and acquisitions", said Maffei.

While Chase Carey confirmed this morning that the sport is still targeting as many as 18 races, with no end to the coronavirus pandemic in sight it is a somewhat ambitious aim, which no doubt explains the failure to reveal even the most basic of schedules.

As expected, the opening races are set to take place behind closed doors, but Carey admits that as the sport moves further into its schedule it is hoped that fans will be allowed access once again.

As previously reported, no spectators means no ticket sales, which, in most cases, is how organizers cover the cost of running an event. Consequently, those events which currently receive government funding will have to use the cash in order to be up and running rather than paying it to F1 in the form of the hosting fee.

Alternatively, those that receive little or no government funding will require F1 to pay their costs - so either way, Liberty will be out of pocket.

As Greg Maffei said, the $1.4bn should ease the situation... but not indefinitely. Indeed, in a worst case scenario whereby all the races are held behind closed doors, what with its scheduled payments to the teams, F1 could find itself running out of cash around a year from now.

Such is the situation in which the sport finds itself, that speaking recently F1 managing director, Ross Brawn admitted that the sport could "collapse".

"If the sport collapses there's thousands and thousands of people out of work," warned the Briton.

As Forbes reveals, though Liberty subsidiary Delta Topco runs F1 it doesn't actually own it. Indeed, filings reveal that the "the Federation Internationale de l'Automobile (FIA) owns the Championship".

The sale came with a number of conditions, not least that "the FIA may terminate Formula 1's license if certain Delta Topco subsidiaries party to the 100-Year Agreements become insolvent".

While such a scenario is (hopefully) unlikely - after all, as third parties the teams and race organizers would not receive outstanding monies from an insolvent F1 and would therefore face their own financial issues - it cannot be entirely ruled out, though such a scenario would actually benefit the FIA.

Should the FIA find itself in possession of the sport's commercial rights it could either choose to run the sport itself or sell them on.

It is not unusual for international or even national sporting bodies to own and manage competitions, the best example being FIFA (Federation Internationale de Football Association), which, in addition to being the international governing body of football, agrees the rights deals for the World Cup with broadcasters, while in England the Football Association (FA) regulates the game and also runs numerous tournaments including the FA Cup.

Indeed, in motor sport, the FIA ran the World Rally Championship in early 2012 folowing the termination of its contract with production company North One Sport after parent company Convers Sports Initiatives became insolvent.

The FIA subsequently sold the rights to Red Bull and marketing agency Sportsman Media, who remain the sport's organizers.