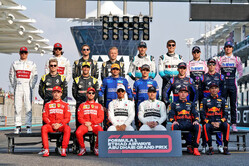 As it stands, only three drivers have contracts beyond the end of this season, four if we assume that Lance Stroll's position at Racing Point is secure.

Other than the overhaul of the sport in 2021, there is concern over the futures of Mercedes, Renault and Haas, and while the noise from Stuttgart is positive, the future of the French team is "under review", while Gene Haas has probably already made his decision... hence the fact he has retained a somewhat uninspiring line-up.

With so many drivers in the final year of their current contracts, not least the likes of Lewis Hamilton and Sebastian Vettel, Daniel Ricciardo believes we could be in for some fun and games in the coming months.

"It's not anything personal, it's just we haven't had any discussion about beyond 2020 yet," Ricciardo told the Australian Sunday Times, when asked about his own future.

"It's still early days," he continued. "I would love for 2020 to work out and I stay, that's the easiest and happiest scenario, I wish for that.

"I think F1 could get a real shakeup, pretty much every driver is out of contract so from a fan perspective I think that is going to be pretty exciting to see how it all shapes out."

While the media focusses on the possibility of Hamilton heading to Maranello, Ricciardo, who stunned Red Bull in 2018 when he announced his £20m a year move to Renault, could also be a prospect for the Italian team. Indeed, the popular Australian has previously been linked with the Maranello outfit.

"I guess it's probably always going to be there, they always linked me to that, what with my Italian roots," he said. "I got no more of that this year than I have in previous years. But it's nice to be talked about and still be relevant and kind of in the mix as far as names getting thrown around."