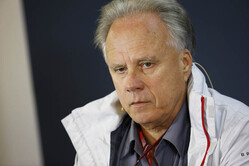 Traditionally, it was the third album that signalled whether a band or singer was going to go mega or not.

In the case of Haas, the first American F1 team since 1986, it appears to be the fourth season.

2018, its third year in the sport, saw the American outfit almost grab fourth in the standings, eventually losing out to Renault.

This year the team is struggling in ninth, usually showing strong single-lap pace in qualifying, but falling apart when it really matters on Sunday afternoons.

To further add to the team's woes, it has lost title sponsor Rich Energy, and while it would be all too easy to say 'we told you so', the American outfit deserves better.

Team owner Gene Haas, has made no secret of the fact that he sees F1 as a two-tier sport, indeed one could even say that it is currently three-tier, with the likes of Haas gradually losing touch with the midfield.

Little wonder, despite the fact, as recently reported, that Haas is committed to the sport for the foreseeable future, that there is speculation over whether it will continue beyond 2020.

Indeed, some point to the decision to retain Romain Grosjean as a sign that the American team wants to ride out what would be its final year in the sport with as little fuss as possible.

Of course, Gene Haas' mood can hardly have been helped by the comments of Chase Carey, who in August appeared to dismiss his team.

"We are talking to new team entrants, as we firm up the business model for team ownership," said the F1 boss in a call with financial analysts, "we have Haas as a US team, we'd love to add a high-profile US team, down the road you'd love to have a US driver, that probably takes longer."

"High-profile US team". Talk about a slap in the face.

In the wake of the team's ninth-place finish - which should in fact have been an eighth-place finish, according to Kevin Magnussen and Guenther Steiner - Ross Brawn has come to the rescue, the F1 MD singing the American outfit's praises.

"After finishing fifth in the Constructors' Championship last year, the American team started this season with the hope of consolidating its progress, but unfortunately they seem to be going backwards, especially in the races, although they've been a bit better in qualifying," says the Briton.

"At one point it seemed the team was in a vicious circle from a technical point of view, but Gunther Steiner's men are back on track, dismantling the puzzle pieces put in place to date and reassembling the jigsaw all over again.

"Gene Haas' team is a valuable asset for Formula 1," he insists. "It is the first example of a new team establishing itself in a sport that for too many years has seen teams come and go in a short space of time, without ever really making their mark.

"It's also important because it flies the US flag in a sport that is generally Euro-centric," he adds. "It is vital for Formula 1 that we continue to support the growth in interest in the sport in the USA and in the absence of an American driver a Stars 'n' Stripes team fulfils that role.

"Let's hope therefore that Haas is on the up in this final part of the season and maybe they can even get a good result at their home race in Austin."