Verstappen questions the worth of Hamilton's teammates 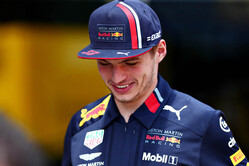 While some wait until they retire from the sport before lobbing verbal grenades back into the paddock, as his 2019 challenge appears to falter, Max Verstappen has chosen to attack Lewis Hamilton by suggesting the Briton has faced little opposition from his teammates.

While Valtteri Bottas does appear to be content to play support, which is no doubt why he was retained, but the same cannot be said of Nico Roberg, Jenson Button or Fernando Alonso.

Nonetheless, Verstappen believes Hamilton has had it easy.

"Over the years, Lewis hasn't had the strongest team-mates," said the Dutchman, according to the Telegraph. "If you have the right car you can beat everyone.

"Lewis is an amazing driver, and one of the best to have raced in Formula One," he admitted. "But he has also had the best car, and when you have the dominant car, the only one you are really fighting is your team-mate."

Asked if he would like to be teammate to the Briton, he replied: "If it happens, it happens, but it is not something I am dreaming of."

Like Hamilton, Verstappen's father played a major role in his career, the youngster admitting that it was Jos' hard-nose approach that prepared him for F1.

I didn't have any surprises coming into Formula One because nobody could be as hard on me as my dad was," he said, before recalling a kart race in Italy, when he was 15.

"I should have easily won," he said. "On the first lap somebody overtook me, and I wanted to get him back straight away. I tried to pass him through a very fast corner, he didn't see me and we crashed.

"My dad put so much effort into that weekend, and I threw it away," he continued. "He was very angry, and he didn't talk to me. On the way home, within about five miles, he said something and I argued with him. So he pulled over to a fuel station and told me to get out. He just kicked me out of the van, and told me to make my own way home. He drove off.

"I called my mum, who had also been at the race, to come and collect me. For a week, my dad didn't speak to me."

At least he didn't get the infamous Verstappen Slappen...