Steiner: This was our worst weekend 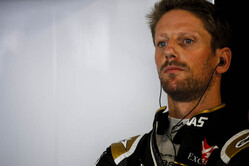 Two weeks ago, in Canada, Kevin Magnussen was sharply told "enough!" by team boss Guenther Steiner as he described (the handling of) his car as the worst he had ever experienced.

In France yesterday, Steiner came close to using the same words as he labelled his team's Le Castellet weekend its worst ever.

While a strong start to the season came courtesy of Kevin Magnussen's sixth in Melbourne, it's been slim pickings pretty much since. For while the car is strong in qualifying, among the best of one-lap pace, come Sunday afternoon both drivers struggle as they fail to get their tyres to work properly.

Yesterday saw Magnussen finish 17th, while Romain Grosjean was retired late in the race, the team keen to save engine mileage at a time it was clear he was fairing no better than his teammate.

The American team's struggles, which have seen it slip to ninth in the standings, have left Steiner perplexed and disappointed.

"In our four-year history, this was our worst weekend all in all," he said. "In the race we struggled, I don't know why.

"What is bizarre to me is that a car that was good enough to qualify seventh and eighth in the first race and then sixth in Monte Carlo, all of a sudden we are second last," he continued.

"We need to find out and it's very disappointing to be honest, ending up in this situation... but not having an understanding of it is the worst of all.

"It's not depressing," he insisted. "I'm realistic... I'm not getting depressed. I'm getting… angry is the wrong word. For me, it's a challenge, but it's not a positive challenge.

"We need to get out of this. If you get depressed you give up. We never give up. In racing, the day you give up you stay where you are. You need to get the anger out and just keep on working. That's what I told the guys. I said: 'Guys, you need to work a lot more now than you did before. There's no point waiting for something to come, you need to go back now and understand why we are where we are. That's the only thing you can do'.

"Once you know why you are where you are, then you can find solutions," he concluded. "If you don't know, how can you work on solutions? Then you work on everything and then you make a new car."